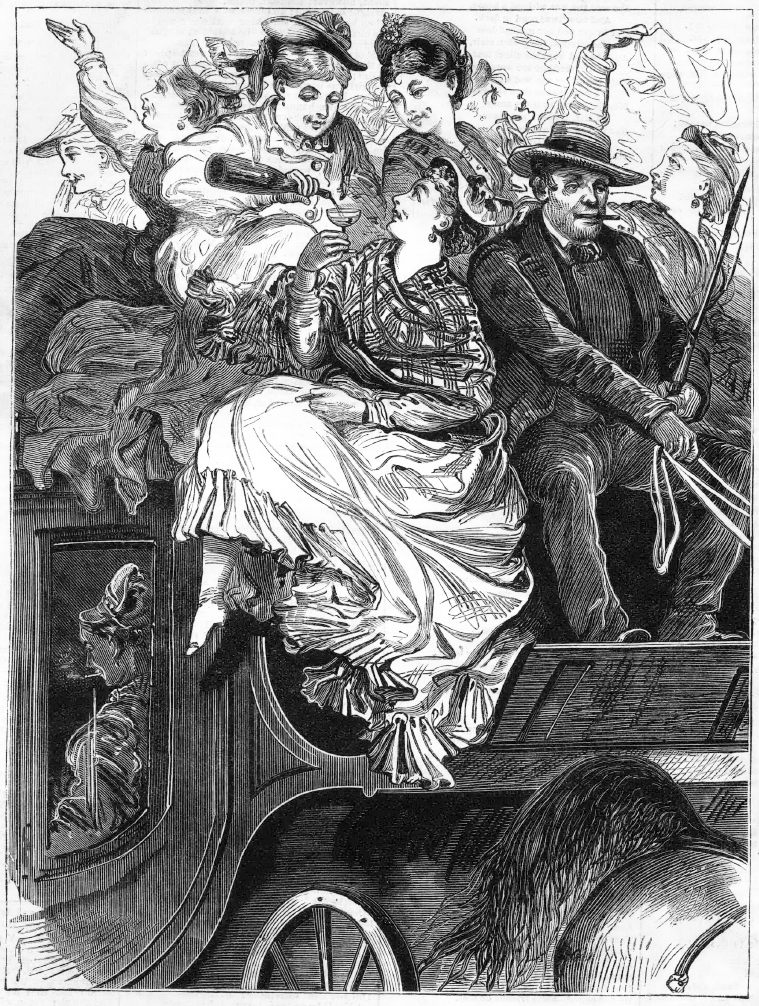 Members of the New Orleans Demi-Monde Enjoying an Excursion to the Suburbs of the Southern Metropoli
More...
May 16, 2016

Members of the New Orleans Demi-Monde Enjoying an Excursion to the Suburbs of the Southern Metropolis.

Some fifteen or twenty of the demi-monde of New Orleans recently took and excursion to the suburbs of the city. They charted a pair of four-horse coaches and supplied with wines and cigars, started off to enjoy a real good time. On arriving at a certain well-known hotel (?), which is situated about four miles from the city they alighted and ordered dinner, which was served in a sumptuous style. Having “wined and dined,” they returned to the city, singing gaily and cracking jokes by the way.