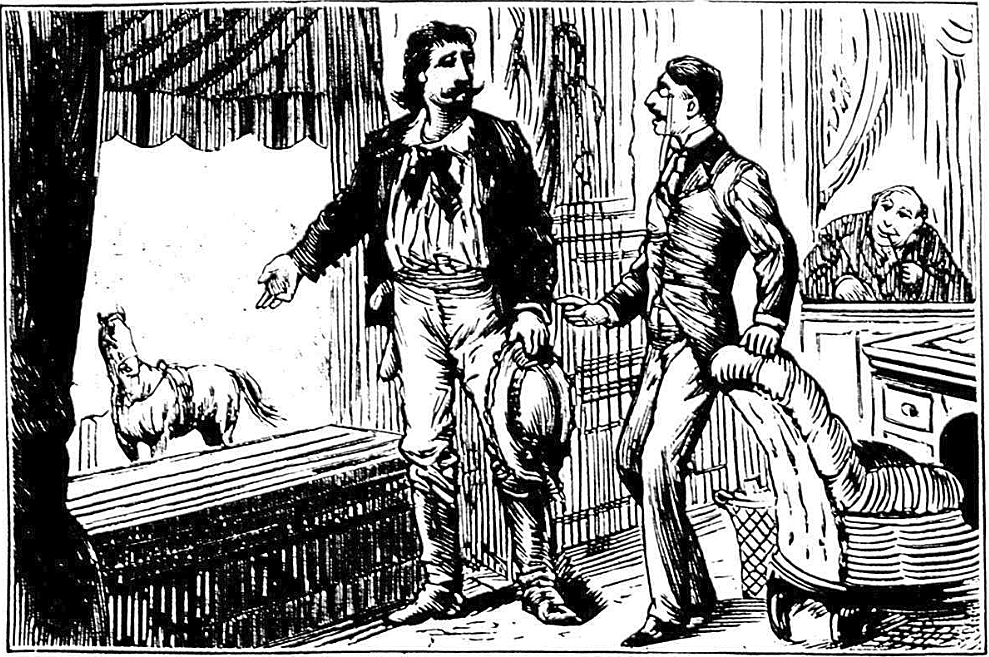 The unusual sight of a cowboy in full costume, wearing a sombrero, and a Mexican bronco pony, was afforded the officials at Washington of Post Office and Interior Departments the other afternoon. The bronco was a present to young Mr. Lamar, son of Secretary Lamar. Buffalo Bill had sent the bronco pony with his compliments, and for awhile the story got abroad that it was a wedding gift to Secretary Lamar, but this was denied. The cowboy, after he dismounted, went into the Interior Department and presented the pony, and they took it around to the department stable.

Reprinted from The National Police Gazette, October 21, 1886.
Turn to Page 1