Society Unveiled. | Robbed of Her Tresses. 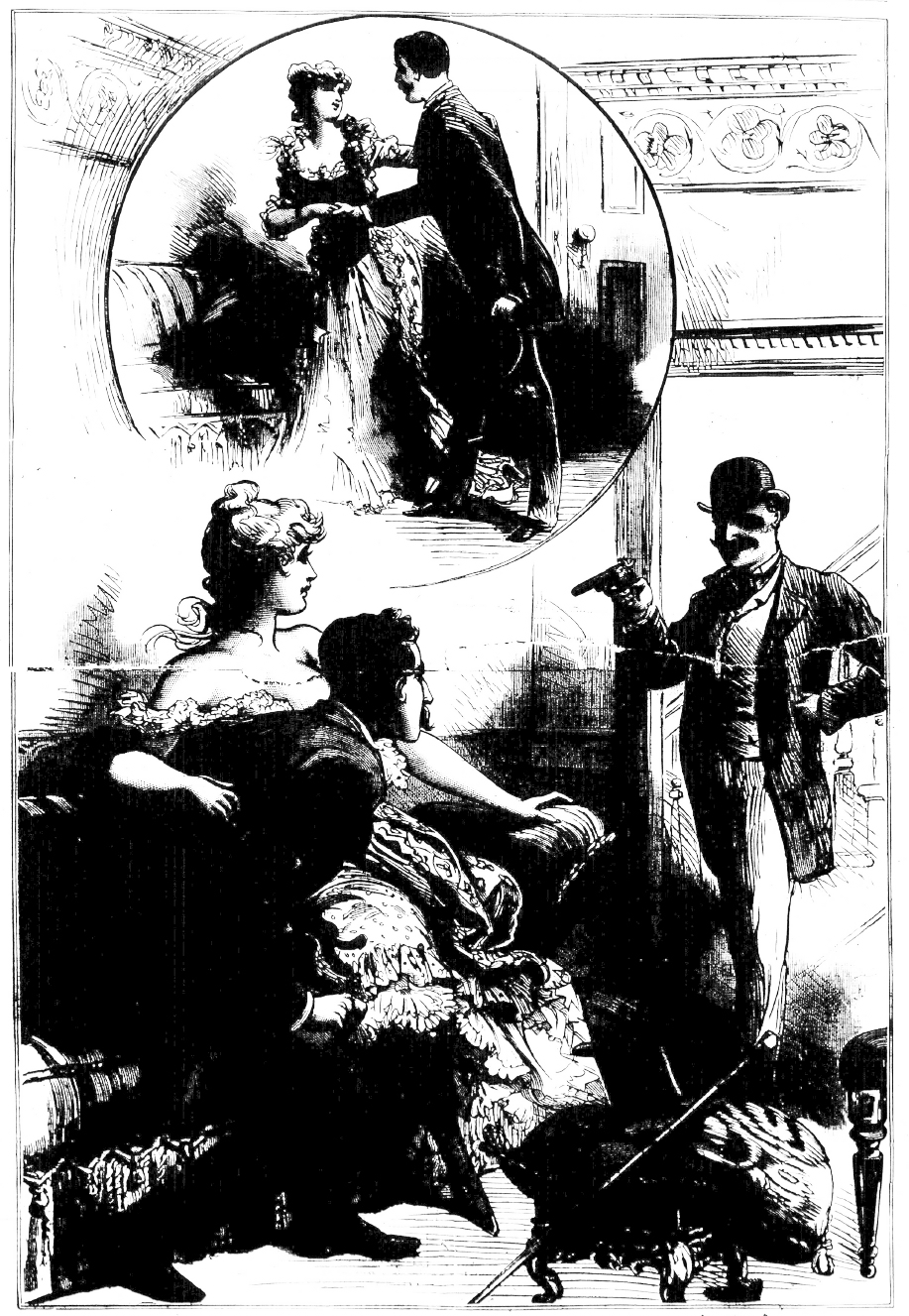 A Memphis Badger Game.
Lillie King and her husband try to work James Yonge for a sucker to the tune of $5,000.

[more]James Yonge, a wealthy Memphis, Tenn. man, was out for a walk the other day when he struck up a flirtation with Mrs. Lillie King, the young and pretty wife of a newspaper carrier. Later he received a note from the fair Lillie, asking him to call at her residence the next evening a certain hour, when her husband would be out. He did so, and the night being warm, removed some of his clothing, Mrs. King doing likewise. At this moment the woman’s husband stepped from a closet, armed with a revolver, and threatened to wipe out in blood the stain upon his honor. Finally King said he would postpone the gore-spilling act provided Yonge handed over $5,000. Not having the ready cash the entrapped man gave his notes for that amount but worded them in such a way that they were valueless. When King’s lawyer presented the notes for collection Yonge demanded that they be returned to him or he would prosecute both lawyer and King for blackmail. Yonge received the notes.