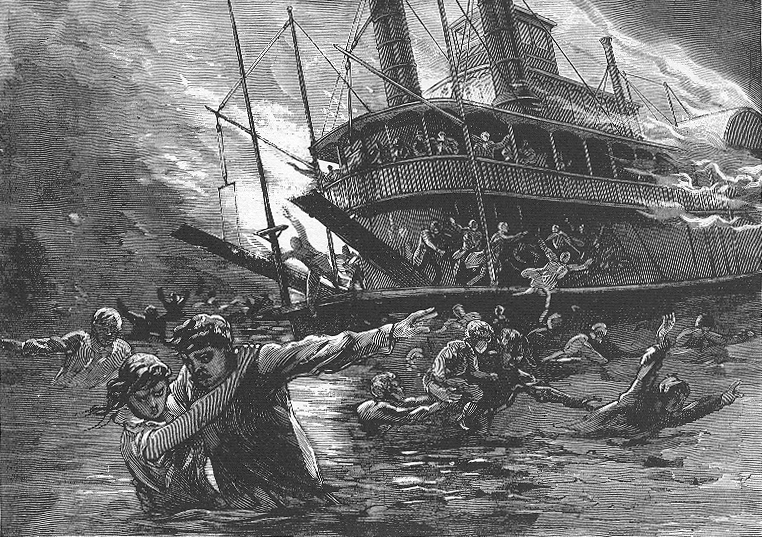 The burning of the steamer John H. Hanna near Plaquemine, Louisiana, by which thirty lives were lost
More...
June 20, 2011

The Last Dip of the Season. | Rum on Tap.

Another frightful steamboat disaster has occurred on the Mississippi River at the little town of Plaquemine, ninety-five miles above New Orleans, La., on the night of the 25th ult., just as the bells were ushering in Christmas morning. At daylight the citizens of the town who had not yet retired were horrified to see the steamboat John H. Hanna round a bend in the river, a mass of flames from end to end. It was the flames that claimed most of the thirty victims. Others drowned in the water.