Terrible Struggle with Flame and Flood. | Did the Naughty Midway Dance 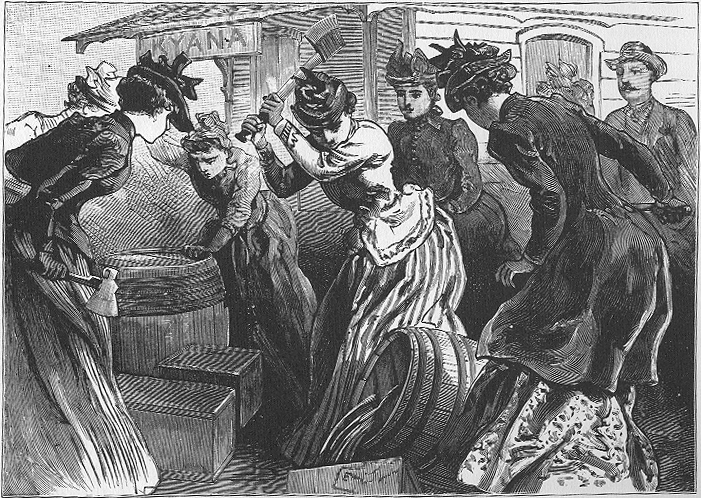 Kyana, Indiana, 1890 - The women of Kyana, Ind., go to the railroad depot and demolish a cargo of liquor.

The town of Kyana, Ind. Is  greatly excited over an attempt to establish a saloon there over the wishes of the citizens. A tough character prepared a room for a saloon, and received a shipment of liquors which were unloaded at the railroad platform. The women of the town congregated armed with axes, hatchets and hammers, and marched in solemn procession to the depot, where they surrounded the stock of liquors. A prayer was offered and the command was given to destroy the alcohol. In ten minutes every keg was demolished and the contents flowing down the street. The site of the town, which consists of forty acres, was donated by an old gentleman who has been dead thirty years, upon the express condition that no intoxicating liquors should ever be sold within its limits.

Kyana, Indiana, 1890 - The women of Kyana, Ind., go to the railroad depot and demolish a cargo of liquor.