A father of Indianapolis, Ind., catches his daughter drinking wine with a jovial crowd at a notoriou
More...
April 2, 2018

In Consequence of the New Liquor Law. | An Adventure with a Sea-Lion. 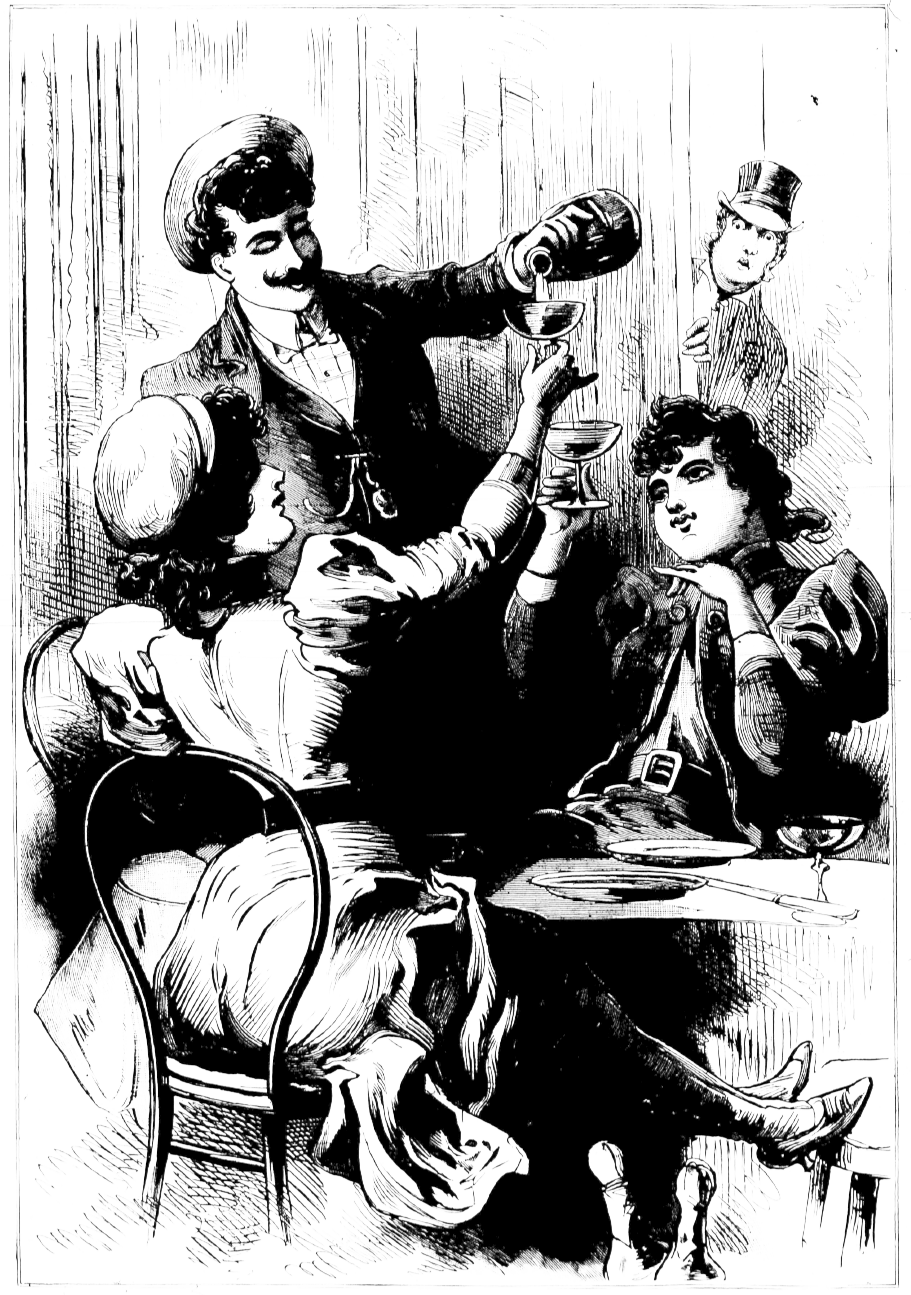 A father of Indianapolis, Ind., catches his daughter drinking wine with a jovial crowd at a notorious local roadhouse. [more]

There is a girl living on the south side, Indianapolis, Ind. whose wheel was demolished recently by an irate parent, and the young lady is still allowing her friends go guess whether the demolition was the work of a madman or not. The girl had ordered the wheel only this season. She is the daughter of a well-known and somewhat prominent gentleman. She has never been denied anything that she ever asked for from a kind indulgent father. He, however, opposed the bicycle when she asked for it. He thought the family carriage was the better method of taking pleasure rides. He did not doubt his daughter’s honesty with her parents, but he preferred that a girl so young should be under the watchful eye of a mother. He had heard of some temptations which the bicycle leads to, and it was a long time before he would consent to his daughter getting a wheel.

She got it, however, after persistent entreaty and, with her chum, began taking long rides. From afternoon and early evening trips they gradually came to night runs, and occasionally the hour would be rather late when the girls would return. The parents did not offer any objections, thinking that an unusually long run might have been taken and expecting such as the natural sequence of the possession and constant use of the wheel. Everything went nicely until a few nights ago. The daughter and her chum went as usual for their ride, starting just after supper. A little later in the evening the family horse was hitched to the single buggy, and the father started to go in the country a few miles to make a business call. He made the call, and returning, chanced to pass by one of the suburban road houses. It was a very hot evening and he stopped to get a glass of beer. While standing at the bar he thought he heard a familiar giggle above the din by some merrymakers in the next room. He stepped to the door and looked in.

What he saw led to the subsequent destruction of his daughter’s bicycle. The girls were his daughter and her chum. The grieved father slipped quietly out of the place and drove home. He waited on the front porch until his daughter returned home from a “delightful run to Millersville.” He had an axe in his hand and with it broke that wheel into a thousand pieces.