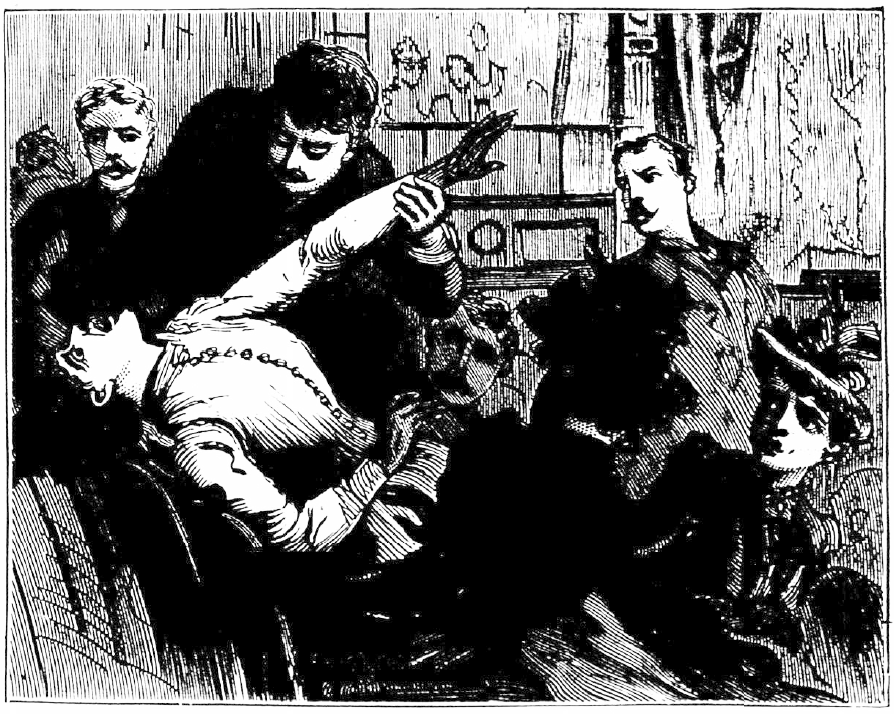 Mrs. Dunsford, of Reading, Pa., meets with a mishap in a theatre.

Mrs. George H. Dunsford, the wife of one of Reading’s (Pa.) leading citizens, died recently, after being thrown into a spasm while laughing at a theatrical performance. Her artificial teeth were missing after her death, and a post-mortem examination developed the fact that she had swallowed them. They were found lodged in her stomach.