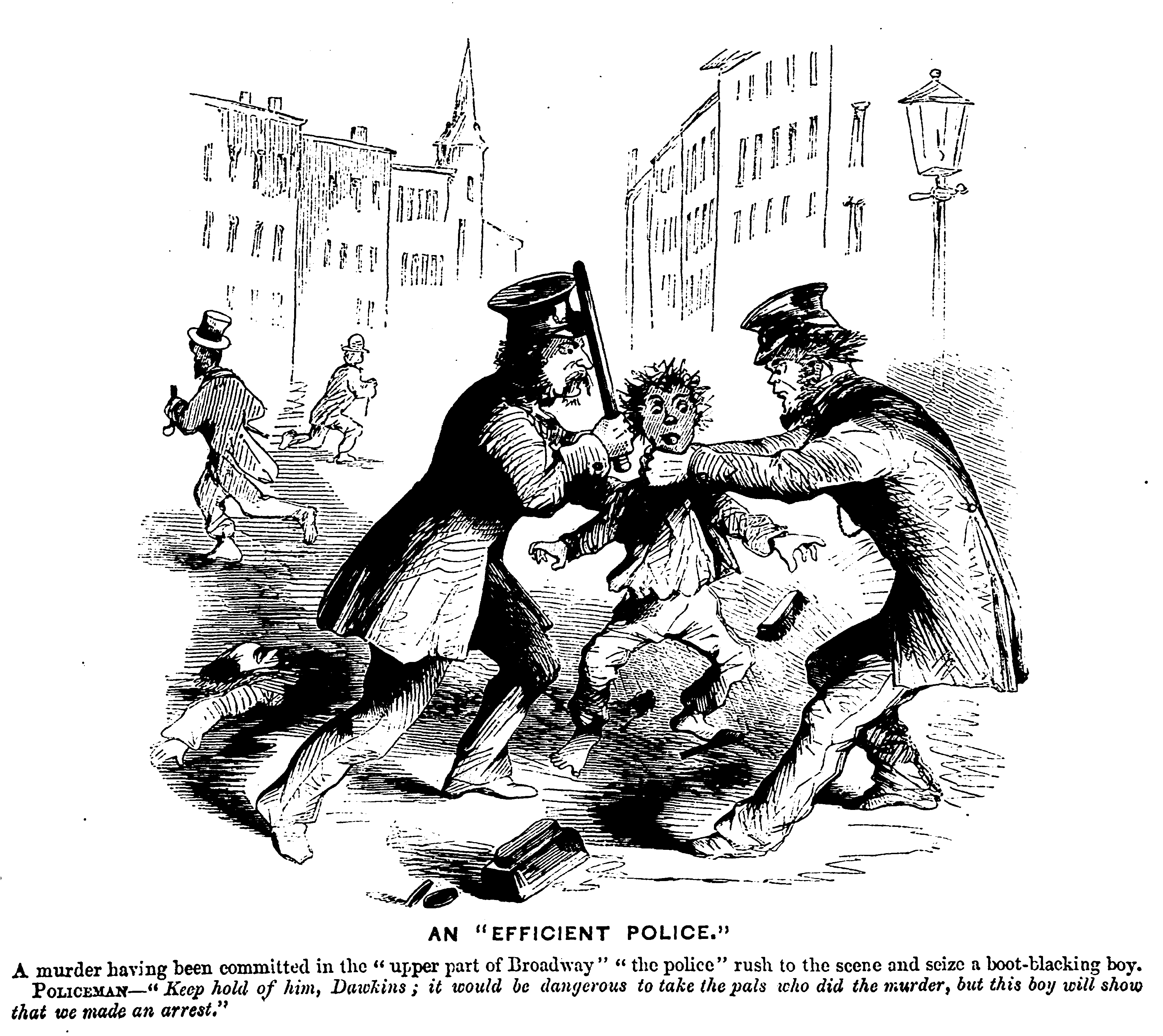 A murder having been committed in the “upper part of Broadway” “the police” rush to the scene and seize a boot-blacking boy.
Policeman—“Keep hold of him, Dawkins; it would be dangerous to take the pals who did the murder, but this boy will show that we made an arrest.”