The "sawdust game," was a confidence scam that only swindled those who deserved to be swindled.
More...
January 10, 2012 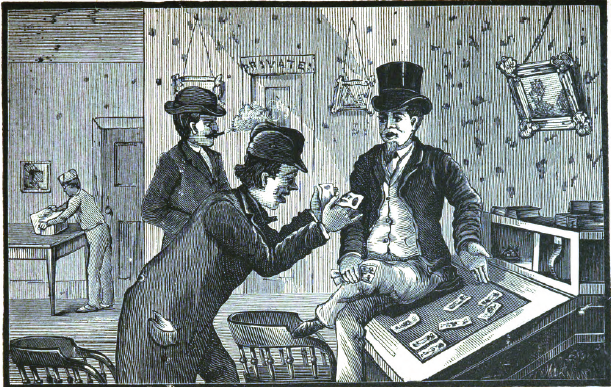 Counterfeiting was an extremely lucrative crime in the nineteenth century, but it required skilled craftsmen and an intricate distribution network—it was not for amateurs. However, the "sawdust game," a confidence scam spawned by the success of counterfeiting invited amateurs. And it had the additional appeal of only swindling those who deserved to be swindled.

The sawdust game (also known as the “green goods game” or the ”boodle game”) was usually played in rural areas. A “circular” was printed up and mailed to men who were known to be attracted to lotteries and other get-rich-quick schemes. The form letters would flatter the recipient and mark him as a man well positioned to handle the goods in question, then provide a thinly veiled description of said goods:

“My business is not exactly legitimate, but the green articles I deal in are safe and profitable to handle. The sizes are ones, twos, fives, and tens. Do you understand? I cannot be plainer until I know you mean business, and if you conclude to answer this letter.”

If the mark responds to the letter he is directed to meet the writer at a specific address, it may be a disreputable saloon in his own town, or he may be directed to a hotel another city. There he will be met by a steerer who will lead him to the signatory of the letter. He is taken to another location, the “factory,” which could be in another city altogether. Here he is shown a sample of the ”goods,” which will not actually be counterfeit but consist of crisp new legitimate bills. The mark may protest that they will not fool anyone, but inwardly he is amazed at how real they look. The “counterfeiters” make him an offer that, depending on the quantity, could be as low as six cents on the dollar. 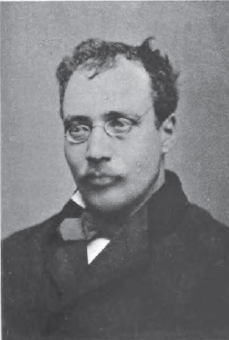 The mark agrees and pays cash for his green goods, the bills are counted in his presence, bundled, and put into a bag. While they celebrate the transaction with a drink, and discuss future deals, one of the gang will switch the bag of cash for another. As he leaves, the mark is warned that, for everyone’s safety, he must not look inside the bag until he reaches his destination.

Of course, when the bag is opened, it is found to contain nothing but blank paper, or enough sawdust to give it the proper weight. He is left with no recourse; only a fool would tell the police he was swindled while trying to buy counterfeit money. In the words of Alan Pinkerton:

“It is safer than almost any other system of swindling, because it is practiced upon men, whose cupidity overcomes their judgment, and who in their desire to swindle others, become dupes themselves. For this reason the “sawdust swindler” invariably escapes punishment, as in order to arrest these men the victims are compelled to acknowledge their own dishonesty.”

In spite of the reluctance of victims to come forward, by the end of the century, sawdust game and its players were well known to police. This, however, did not seem to have any effect on the number dupes it attracted.