Had Miss Baker looked under the bed before making her toilet she would have postponed it.
More...
September 26, 2016

Another Steamboat Disaster. | A Triangular Fight. 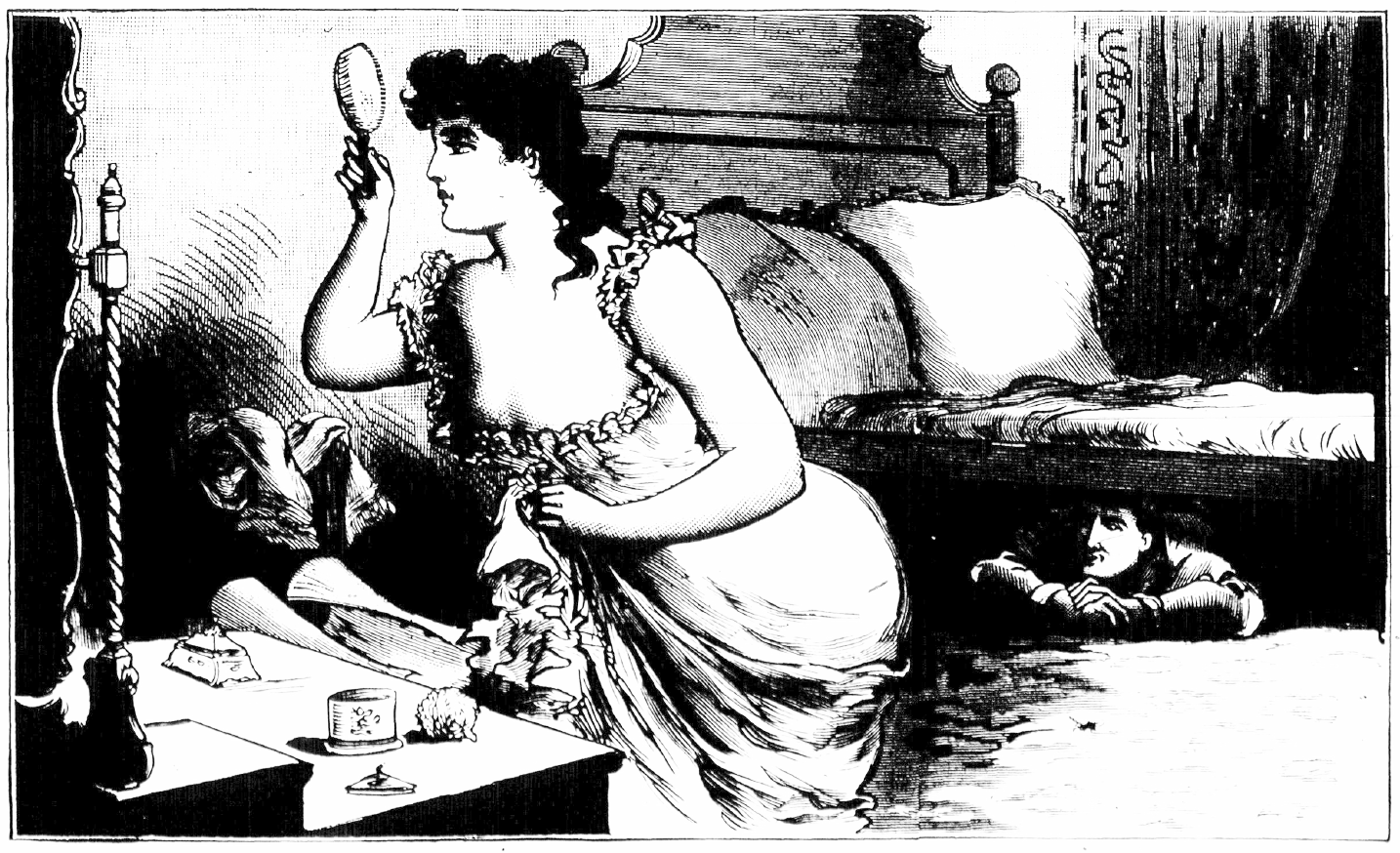 Had Miss Baker looked under the bed before making her toilet she would have postponed it. [more]

About two weeks ago a smooth-faced young man, who said he was Harold McLaughlin of Philadelphia applied to a Nathanial Horner, this city, for a room. McLaughlin had only been in the house a short time when the other borders began to complain that articles of value were missing from their rooms. Mr. Horner also discovered that $50 had been extracted from a roll of bills which he kept in his trunk. The other afternoon Miss Baker, who is also a border at 151, had a little experience.

“I went up to my room about 4 o’clock,” Miss Baker said, “and was surprised to find my door, which is furnished with a Yale lock, fastened, as I generally leave it open when I go out. I did not notice anything out of order in the room and proceeded to take a sponge bath and make my toilet, which took me nearly an hour. Then I lay down on the lounge to get a few minutes rest before dinner. The lounge is in such a position that I could see under my bed and something there attracted my attention. I wasted just long enough to see that there was a pair of feet clad in black stockings. I also caught a glimpse of a white shirt sleeve. These things had never been under my bed before, and they frightened me. I rushed into the hall and called for Mr. Horner. As I left my room some one ran past me and up stairs. I grew very faint and—well, that’s all I can tell about it.

Mr. Horner said: “McLaughlin, whose father is a conductor on the Pennsylvania Railroad, came to me about two weeks ago and wanted a room. He said he was going to work for Lippincott & Co. He seemed to be a nice young man, and for a while, I didn’t suspect anything wrong of him. Then things in the house began to be missed. One gentleman lost a diamond pin, and another a pair of field glasses, and some one stole $50 from my trunk. I noticed that my new boarder spent most of the day about the house, but we had no proof against him. The other night, though, we got him when Miss Baker ran into the hall and called out that there was a man under her bed, and then he fled. I went up to McLaughlin’s room and found him in his shirt sleeves and stocking feet, lying on the bed. I found a pin belonging to Miss Baker under his mattress. The detective found the other articles in a pawnshop, but I lost my $50. McLaughlin confessed that he had taken the things. I have written to his father. I guess the young man will be locked up for a long time. I hope so, anyway.”

McLaughlin, who is 17 years old, was arraigned at Jefferson Market Police Court, and Justice Ryan held him for examination.