Anthony Comstock was on a personal mission to protect America from vice.
More...
May 1, 2012 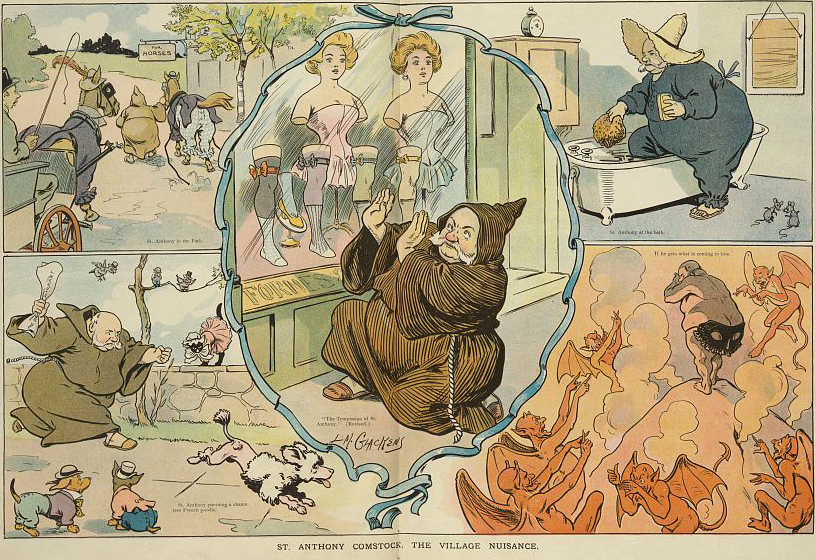 Anthony Comstock, founder of The New York Society for the Suppression of Vice, was on a personal mission to protect America’s youth from any art or literature which he deemed objectionable. His name became so tightly bound to the war on smut that one of Comstock’s famous targets, George Bernard Shaw, named this peculiarly American censorship crusade, “Comstockery.” 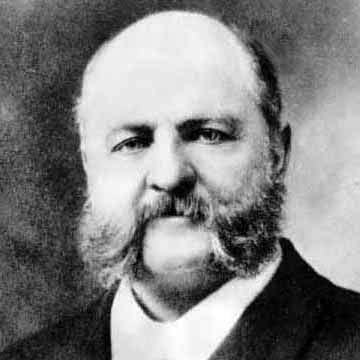 Comstock first became interested in dirty books in1868 after a friend of his contracted a venereal disease from a visit to a brothel.  Comstock believed that his friend’s moral downfall had begun with the purchase of an obscene book. He paid a visit to the bookseller, purchased and obscene book himself, then reported the transaction to the police and had the seller arrested. 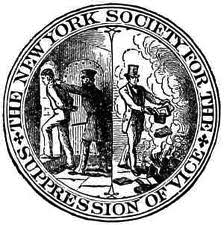 Comstock repeated this operation in bookstores throughout New York City and in 1872 he got the attention of the Young Men’s Christian Association, whose Committee for the Suppression of Vice was perusing an anti-smut campaign of its own. The committee funded Comstock’s crusade and eventually became an independent organization, New York Society for the Suppression of Vice, with Comstock as its head. The NYSSV became a quasi-official law enforcement organization and under its aegis, Comstock arrested at least three thousand people for obscenity.

The campaign was begun to protect American youth from the corrupting influence of lower-class pornography, but Comstock soon realized that some literary classics also contained corrupting influences. He expanded his campaign against smut to include authors such as Ovid, Boccaccio, and Walt Whitman. When it became clear that not all of Comstock’s financial backers would agree to the banning of classics, Comstock explained that it was not the works, per se, that were objectionable, but how they were presented to the public, saying:

“These works, heretofore carefully concealed from public view, and kept by booksellers only to meet what some consider the legitimate demand of the student, or gentlemen’s library, are now advertised and sold by certain parties as “rich, rare, and racy” books, “amorous adventures,” “spicy descriptions,” “love intrigues on the sly,” etc.” 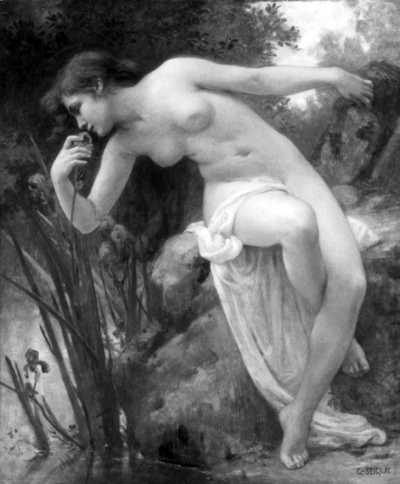 Comstock had a similar approach to the visual arts: he did not object to elite society viewing nude paintings in the context of a museum, but when a gallery began selling photographic reproductions of nude paintings to the masses, he shut them down.

In 1873 Comstock and his organization sponsored a set of federal laws—commonly known as the “Comstock Laws”—which made it a federal crime to send “obscene, nude or lascivious” material through the U. S. Mail. This included information about birth control and abortion. Anthony Comstock was appointed a special agent of the Post Office to enforce the laws.

Expanding the campaign to include birth control and abortion set him against a whole new class of notorious opponents. Pretending to be seeking birth control information for his wife, Comstock entrapped Madame Restell, New York’s most infamous abortionist. While out on bail she committed suicide by cutting her throat. He brought legal proceedings against George Bernard Shaw and got the city of New York to ban Margaret Sanger’s work on family planning. When free love advocate, Victoria Woodhull, published a story charging Reverend Henry Ward Beecher with adultery, Comstock had her arrested. Woodhull, who at the time was the presidential candidate for the short-lived Equal Rights Party, had to spend Election Day in jail.

Comstock fought his last battle in San Francisco while attending the International Purity Congress. He initiated prosecution against a San Francisco department store for dressing nude mannequins in the store window in public view. He lost the case and never recovered from the ridicule that it generated.

Though Anthony Comstock died in 1915, his laws lived on. The Comstock Laws were not fully repealed until the 1990s.