How the fashionable women of “sawciety” get their complexions whit the assistance of a hypodermic in
More...
December 14, 2015 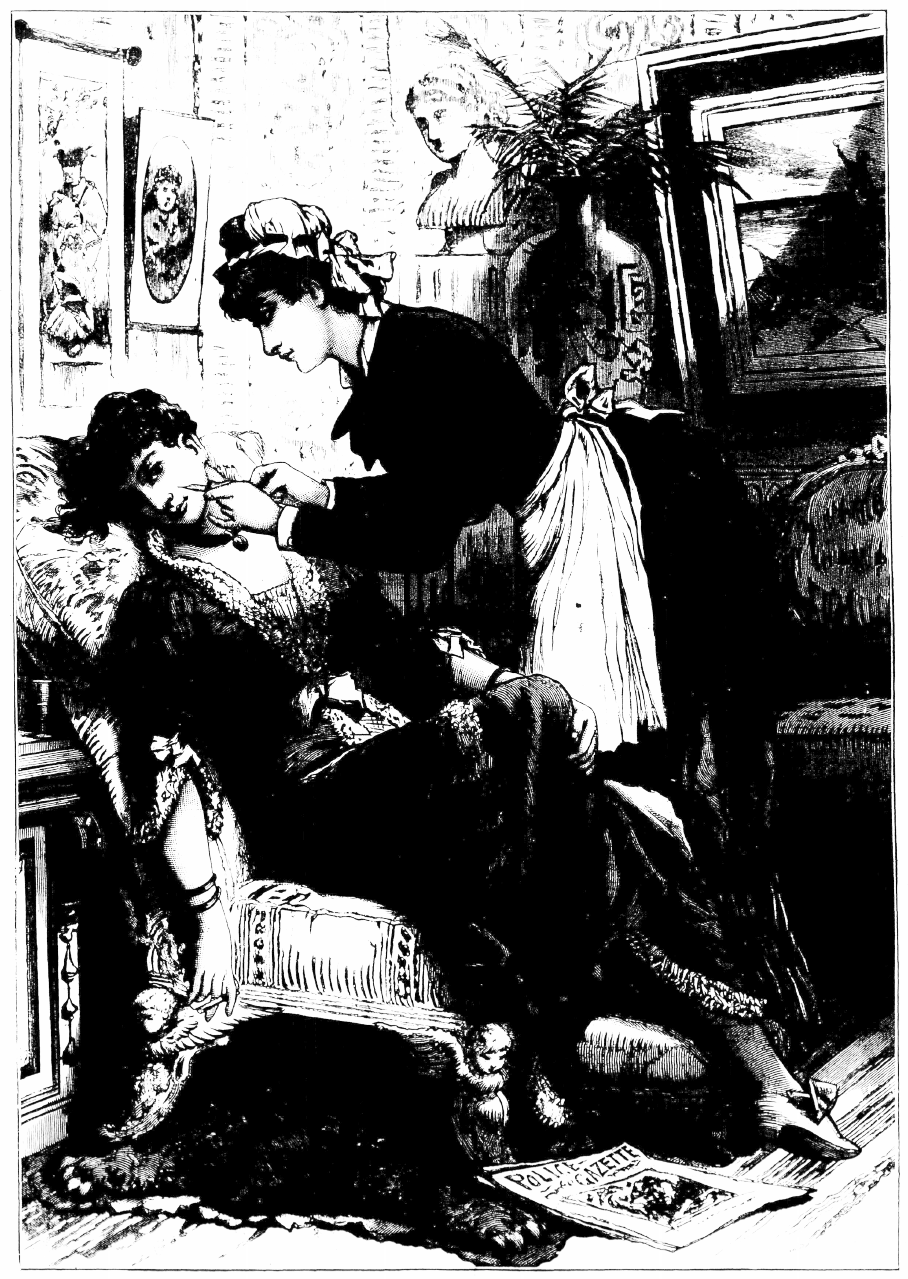 How the fashionable women of “sawciety” get their complexions whit the assistance of a hypodermic injection. [more]

A New Way to Color the Cheeks. Avery clever Philadelphia lady and the wife of a popular naval officer has encountered a new idea of great social importance. She was running on about society matters generally, when a gentleman remarked that a certain young lady possessed remarkably pretty cheeks, having that peculiarly lovely tinge of pink rarely seen among fashionable women, and which cannot be imitated by the brush.

“Oh pshaw! You men don’t know anything about it. The same effect is now produced with a syringe.”

“The syringe!” he exclaimed.

“Yes; why, don’t you know that fashionable women restore color in their cheeks by hypodermic injection? Thy have a small syringe, the same as used for administering an anesthetic, and with this they inject a coloring fluid beneath the skin. Peach-blow cheeks are very desirable, and if there is no blood there to make them, the minute veins can be forced full of coloring matter which answers for blood. The trouble is it is only temporary and will eventually injure the skin permanently. But what of that! Drunkenness is only temporary and will eventually ruin those who indulge so why sneer at the woman who wishes to look interesting for an hour? There are women I know who habitually resort to the syringe for their color. When the effect is gone—that is, when the coloring matter is absorbed in the skin and carried away by the blood—the face is absolutely ghastly. The skillful use of the instrument is quite disastrous. There are the daughters of admiral ------, both of whom use it. By nature they haven’t a particle of color. One of them—well, if you ever see her you will see a sight! I mean if your ever see her in daylight. The coloring matter forced into the chees has been taken up in the glands beneath the eyes and carried into the end of the nose. She looks like—like—what do you call it? Yes, and old ‘bum!’ It is too funny for anything! There’s the other difficulty, don’t you see, you can’t tell where the color is going to finally show up.