The Last Dip of the Season. | She Had a High Old Time. 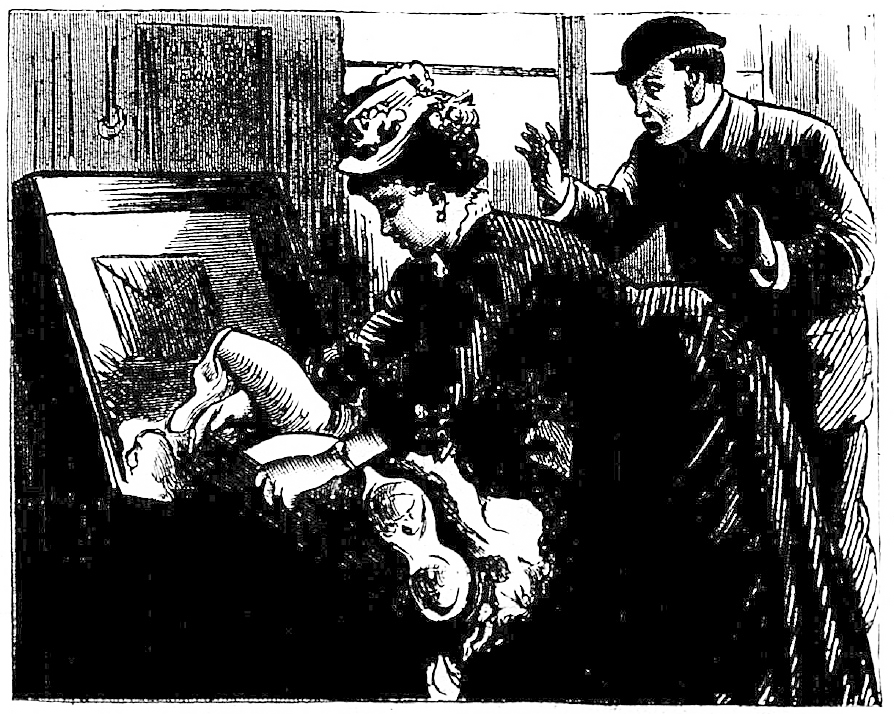 An inquisitive male sees the contents of a bride’s trunk, and solves the mystery of fine figures, greatly to his astonishment; Sedalia, Mo. [more]

What an Inquisitive Reporter Saw Which was Intended to be Strictly Private.

A freshly made bride at the Sedalia, Mo., depot went down in her pocket after her purse and discovered that it was missing. She came to the conclusion that it was in her trunk, which was on the baggage truck and having it set out on the platform, opened it and began a search, which was rewarded with success. The eyes of the newspaper fiend were greeted with more things than he ever saw before—more than was ever dreamed in his philosophy. When well dressed, a woman is fearfully and wonderfully thrown together.