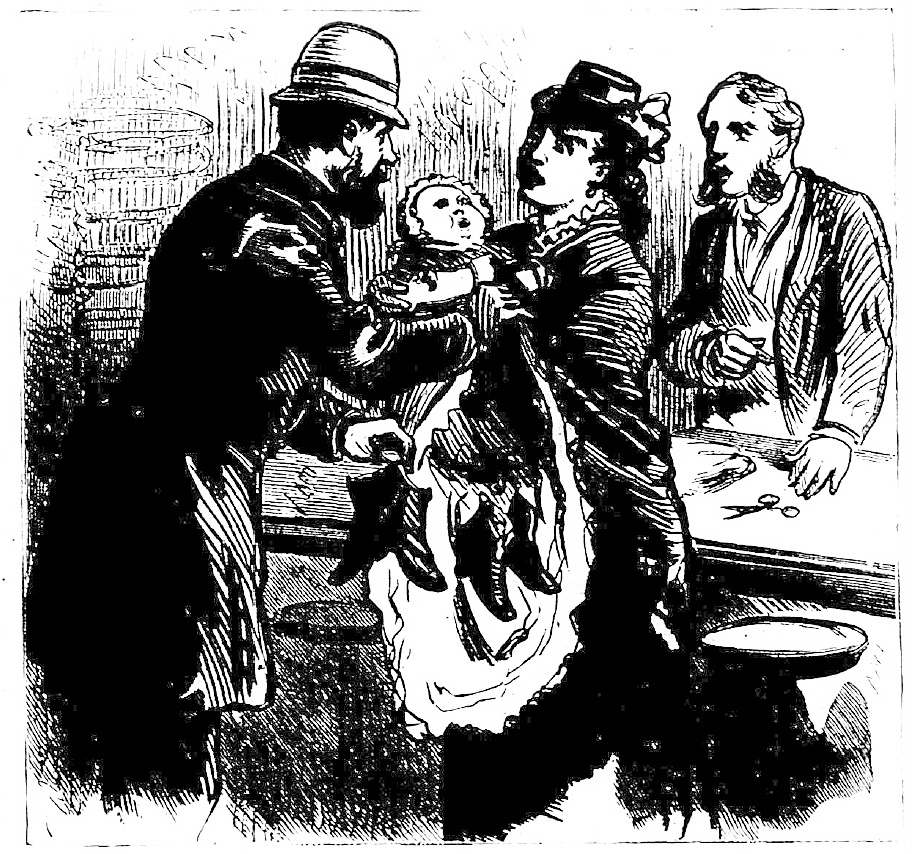 A female thief who carries a baby in her arms and made its flowing skirts a cover for stolen goods
More...
December 3, 2013

A female thief who carries a baby in her arms and made its flowing skirts a cover for stolen goods.

A female shoplifter was detected in a shrewd trick in this city the other day. She had a baby in her arms, and although she was closely watched and finally arrested, nothing could be found upon her. At last it occurred to the officers to examine the baby, beneath whose long clothes were found several hooks attached to what were two pairs of shoes, two silk handkerchiefs, a dress pattern, etc.