Actor Ricardo’s bluff jump from the stage to the audience at the Grand Opera House, Columbus, Ohio.
More...
October 17, 2016

Actor Ricardo’s bluff jump from the stage to the audience at the Grand Opera House, Columbus, Ohio. 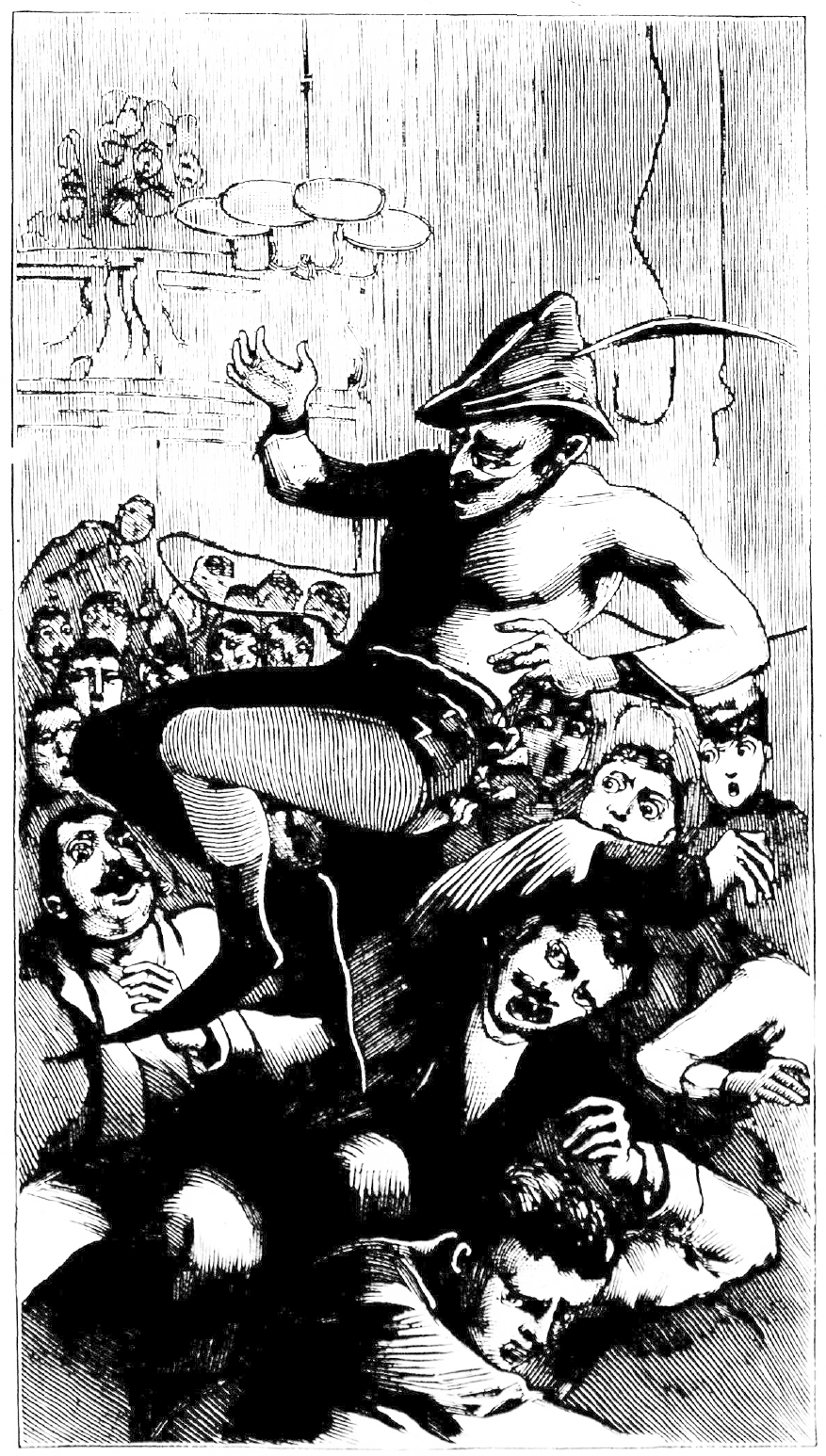 A scene not down on the bills took place recently at the Grand Opera House, Columbus, O., during the performance of Hanlon’s “New Fantasma.” In the last act Mr. Roccardi, one of the performers makes an attempt to jump from the stage into the audience. By means of a wire attached to his body he is raised by a pulley and jerked back by men behind the scenes. While attempting the act this night the wire broke while Roccardi was in the air, and, clearing the heads of members of the orchestra, he landed among the occupants of the first two rows in the parquet chairs, causing a shout of horror to go up from the audience. No one was seriously hurt, Roccardi escaping with a sprained ankle.