What a New York Girl Did.

A vain girl makes a fireman wait until she fixes her hair preferring to risk her life rather than ap
More...
May 22, 2017

Disguising Nature. | Booze Through a Key-Hole.

What a New York Girl Did. 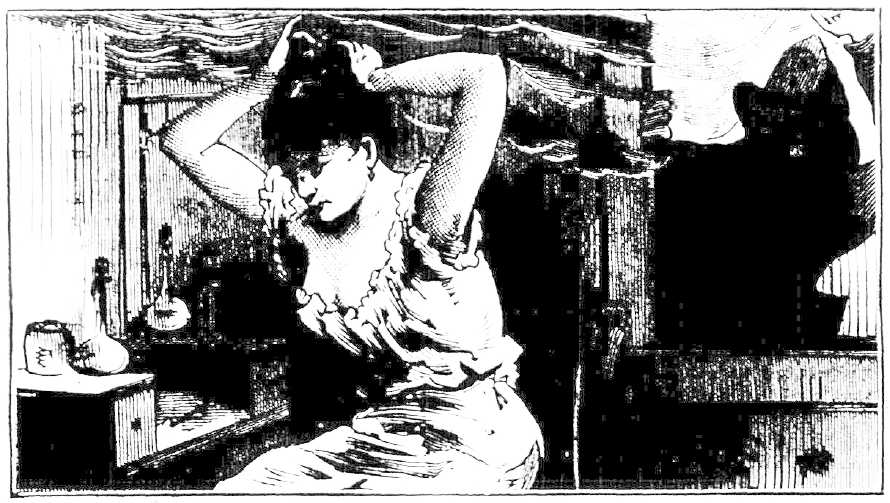 A vain girl makes a fireman wait until she fixes her hair preferring to risk her life rather than appear in public not “made up’; New York. [more]

When a girl concludes to put up her hair and make herself look sweet, the best policy is to let her have her own way. She can’t be drawn away from a mirror by any of the ordinary things of this life. A fire will sometimes do it, but it has been shown that even a fire may fail to excide some girls. The other night a New York lodging house took fire, and at a most uncomfortable hour, when most girls probably have their back hair down. One of the young ladies heard that the place was burning down, but she didn’t feel like making her appearance before the crowd which had gathered in the street looking like a perfect fright. She shut the door leading into the hall to keep out the flames and went to her mirror to fix her hair. Anybody who has waited for a girl to fix her hair knows that it takes time, and a great deal of it. This girl wasn’t any quicker than the average, and she was very particular about having her hair done up exactly as it should be. The fires had cut off her chances or escape by the stairs, and her lover, after appealing to her for some time, finally lost his patience and got away without her. A fireman got up to the room on a ladder and she made him sit on the edge of the window and wait until she had arranged her hair-pins and ribbons for a right sort of public appearance; then she threw herself into his arms—it was so romantic—and lid down the ladder with him, looking just so sweat. The whole thing was a tremendous success, but when the carful young girl was safely landed on the pavement she found that she had forgotten her stockings!