Why She Pummeled Him. | Peeped at the Bride. 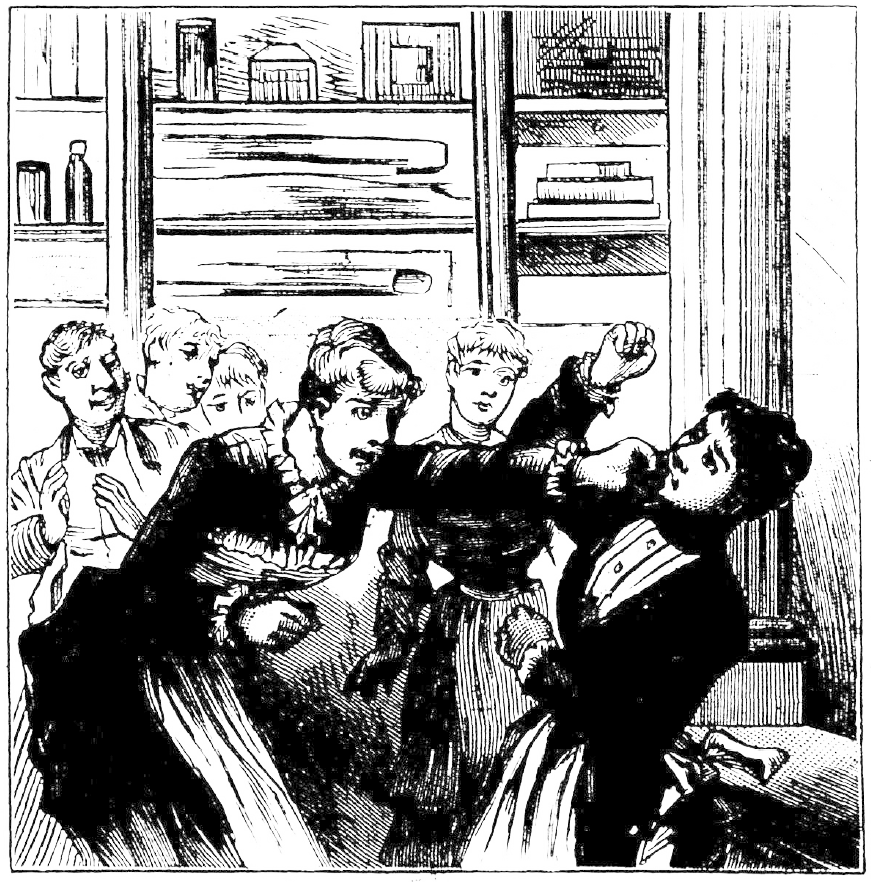 Dry goods store. An impromptu pugilistic fight is alleged to have occurred between two women in the big dry goods store of Barnes, Hengerer & Co., at Buffalo, N.Y., a few days ago. Annie Russell and her husband and Elizabeth Sullivan were employed there. The two women, it is said, had some words, when Annie hit Elizabeth a stinging blow on the nose. Miss Sullivan responded in true pugilistic style, and blows were exchanged scientifically. Mr. Russell acted as referee until his wife began to get the worst of the fight, when he tried to save her. There was no hair pulling, but there would have been had not Detective Morganstein broken into the ring formed by the other employees and arrested the combatants. Both women were badly punished. All that was lacking to make a real fight was the money.