How They Meet Behind the Scenes - Temptations and Trials of the High Kickers.
More...
October 2, 2012 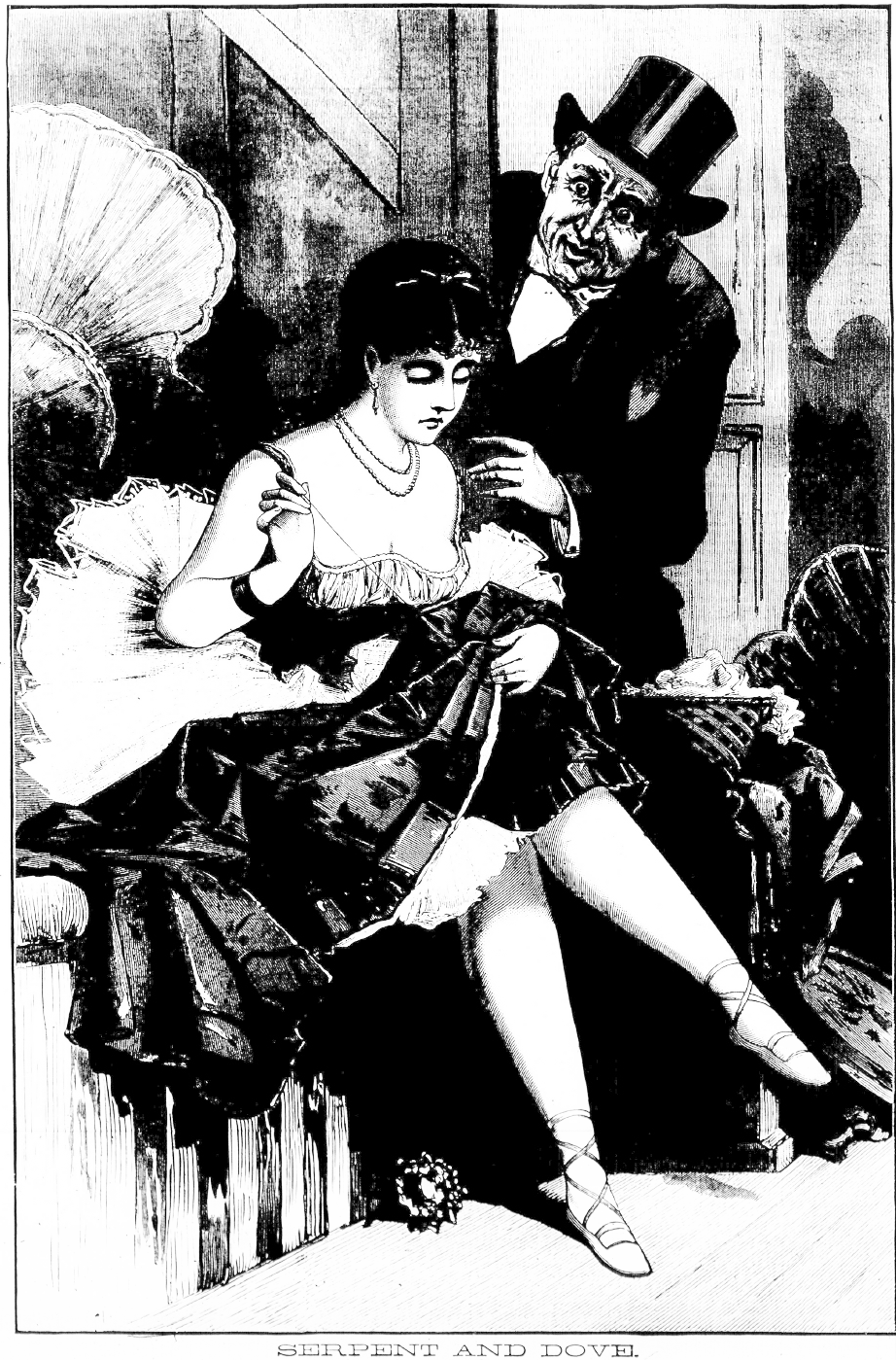 How They Meet Behind the Scenes—Temptations and Trials of the High Kickers.

The ballet girl has other duties than those involved by her theatrical connection. Many a woman who spends her nights posturing before the pubic does so to secure the necessary food and shelter for some one dear to her. In Paris it is a regular practice among the girls to bring their sewing and knitting to the theatre, and in the intervals of rehearsal and performance when they have a a short respite from toil to busily ply the needle. Many even do quite an amount of lace work, tetting, embroidery and similar tasks for money in that precious period of leisure.

But our ballet girl has a more pleasing task before her.

She is laboring for her little one.

Baby is sound asleep in the cradles in that poor garret mother works day and night to keep between his little head and the winter sky. But the memory of his rosy face follows her through the snowy streets, into the blazing theatre and haunts her as she moves about the gay an tawdry scene. Even the lecherous old debauchee, the moving man of money and corruption who totters from wing to wing seeking fresh food for his debased appetite stops short of her, and hesitates before he utters his foul propositions for her. There is that in her employment that paralyses even his shameless tongue. He looks upon a mother working for her child, and though the gloomy visits of his debased life he sees himself a child and remembers that there was a time when he knelt at his mother’s knee, and had no conscience to bring him troubled dreams.