Why She Pummeled Him.

A Cincinnati woman gets up a lively street sensation by vigorously thrashing a man on the sidewalk,
More...
April 17, 2017

Why She Pummeled Him. 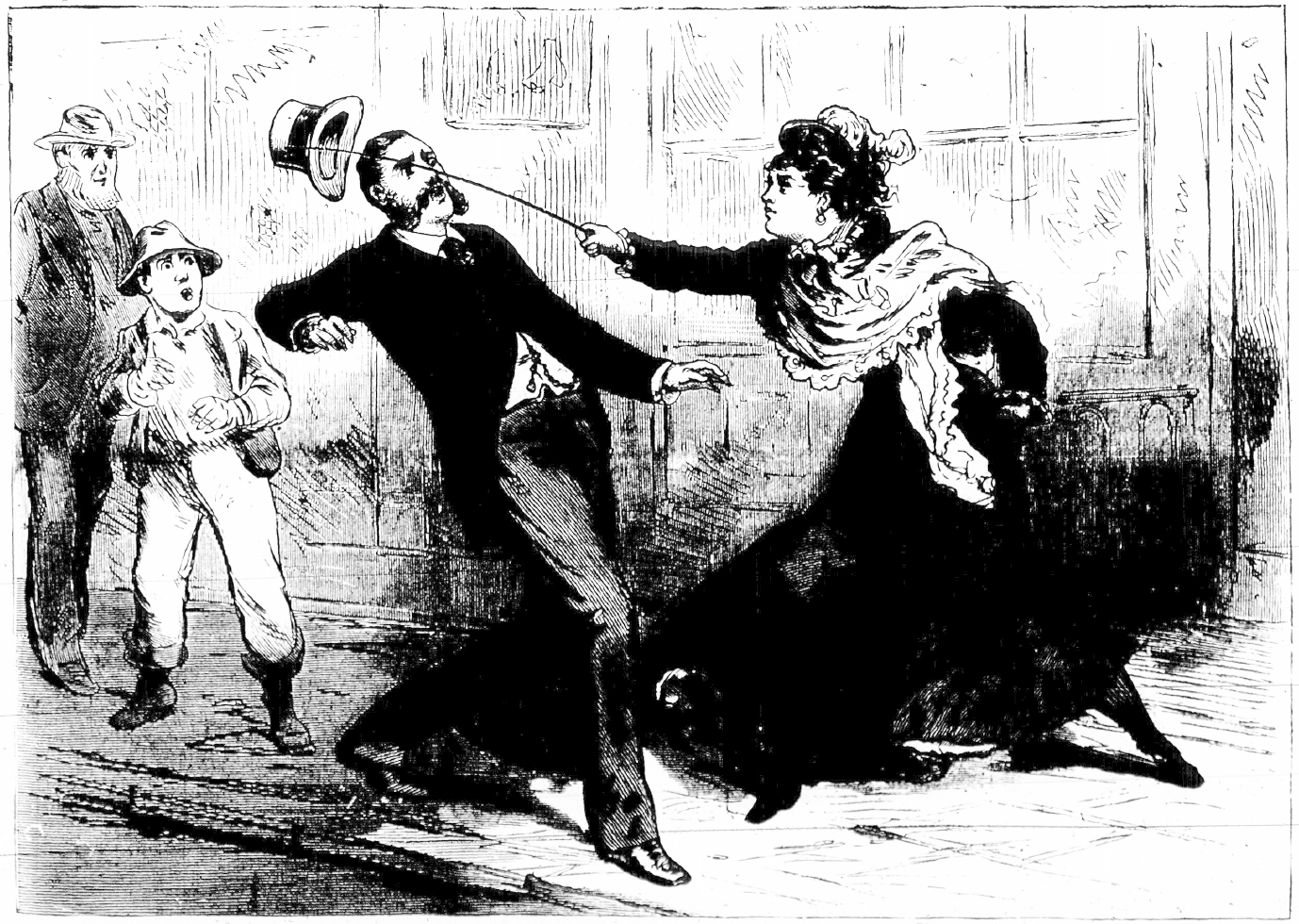 Why she chastised him—A Cincinnati woman gets up a lively street sensation by vigorously thrashing a man on the sidewalk, and explains to the crowd that he was her runaway husband, whom she had industriously sought for that sole purpose.[more]

A well dressed woman drew a crowd together in a Cincinnati street by striking a man across the face several times with a whip, and then finishing the punishment with her fists. She coolly explained that he was her runaway husband whom she had laboriously traced for the sole purpose of whipping him.