Miss Sallie Utterback, of Shoals, Near Vincennes, Indiana, knocks out a man with a waggin' tongue.
More...
February 17, 2015

A Monkey and Dog Time. | Skating in Central Park. 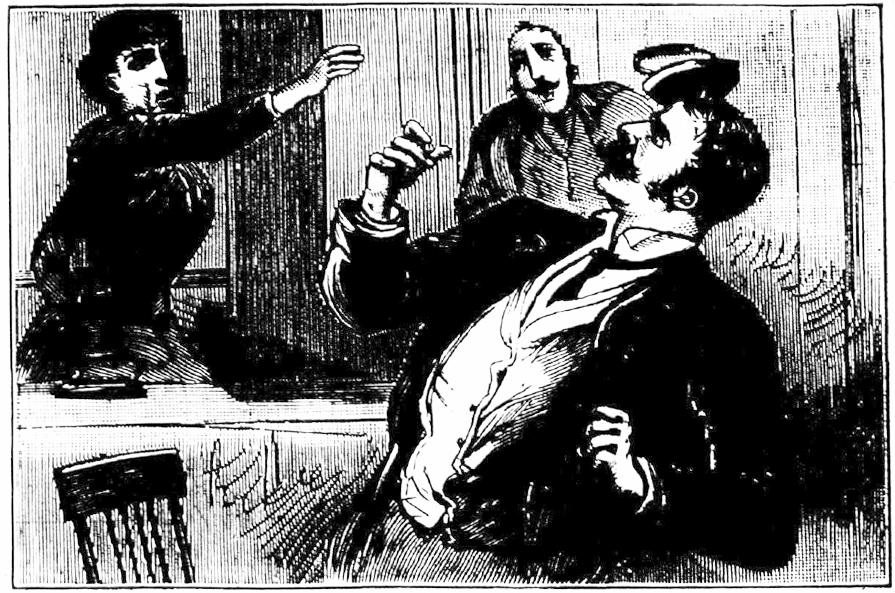 Miss Sallie Utterback, of Shoals, Near Vincennes, Indiana, knocks out a man with a waggin’ tongue.[more]

James Ritchey a traveling man, had been accused o making many adverse remarks concerning Miss Sallie Utterback, a domestic at the Commercial Hotel, in Shoals, Ind., besides writing her an insulting letter. Miss Utterback had always borne a good reputation. Few days ago Ritchey called on her to apologize for the injury he had done. He was met at the door by the young lady, who hurled a smoothing iron at him, striking him over the right eye and cracking his skull. Miss Utterback continued the attack in her fury, and would perhaps have killed him if it had not been for the hotel proprietor, who took her away. Ritchey is in a bad condition.