Miss Alice Jackson, of St. Louis, seized by three men who hurry her into a coach and drive away.
More...
October 16, 2017

A Train of Cars Rushing Through Fire. | Too Mild a Description. 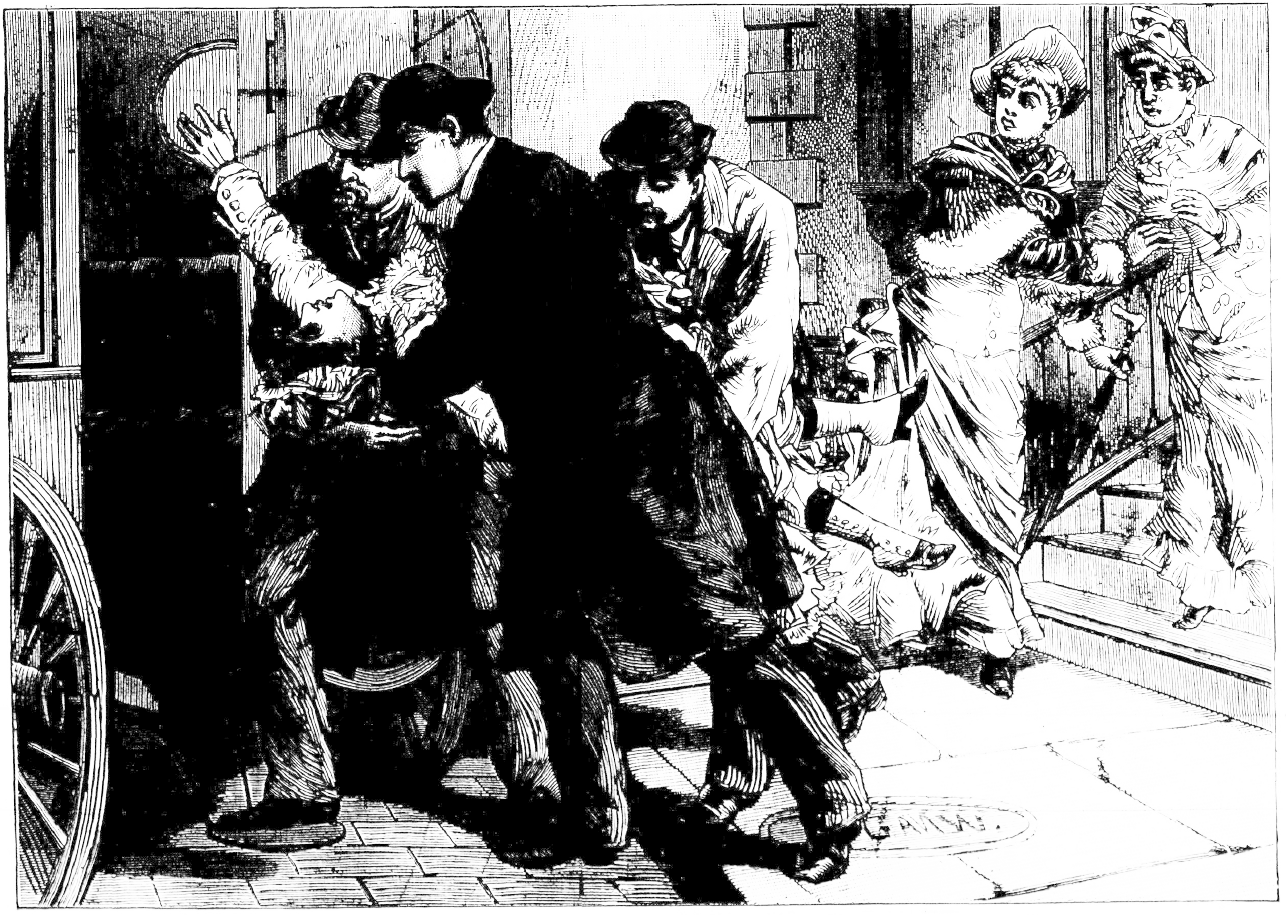 Miss Alice Jackson, of St. Louis, seized by three men who hurry her into a coach and drive away. [more]

Miss Alice Jackson, a St. Louis heiress, was abducted by three men in broad daylight a few days ago. Miss Jackson was about to enter carriage with her aunt, Mrs. Brouthers, when she was seized by three men and hurried into a close carriage and rapidly driven away. Miss Jackson is the niece of John G. Taylor, of the Richardson-Taylor Drug Company, and heiress to a large amount. She left the home of her guardian, Mr. Taylor, about three months ago and went to Mrs. Brouthers’ to live. Mr. Taylor denies having had anything to do with the kidnapping. Alice was afterwards found in the Convent of the Good Shepherd, but before her friends could reach her she again disappeared.