Chorus Girls in a Panic. | A Bold Robbery. 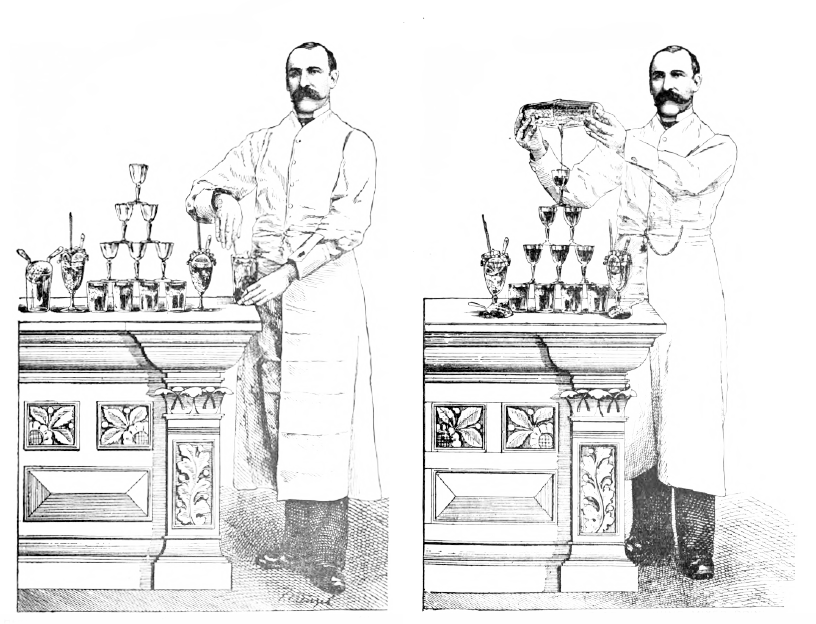 Harry Johnson’s Style of Straining Mixed Drinks to a Party of Six.

“Whenever you have to mix drinks which require to be strained into a separate fancy glass, such as Cocktails, Sours, Fizz’s, etc., make it a rule to place the glass of ice-water in front of the customer, next to it the glass into which you intend to strain the drink, then go to work and mix the drink required; try to place your glassware on the counter all in one row or a straight line. As to the style of the bartender, it is proper that when on duty, or while mixing drinks that he should stand straight, carry his head erect and place himself in a fine position. (See illustrations.)”