Photographed as he Died. | Progress of Naval Architecture. 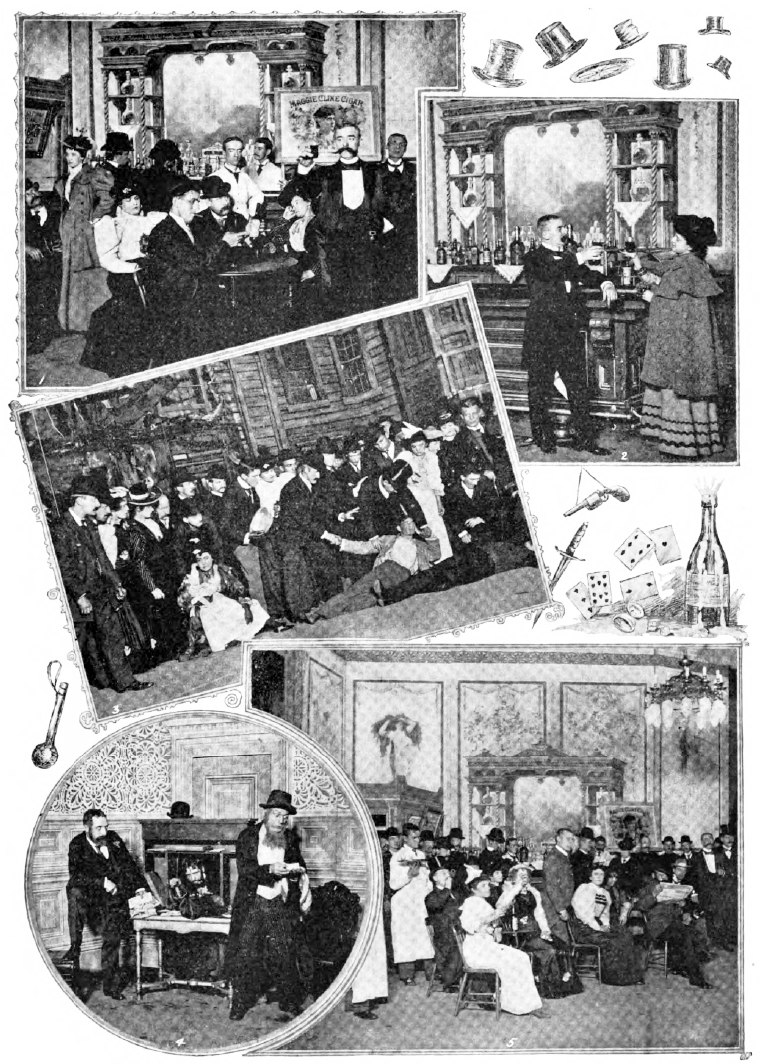 The production in New York of such as play as “In the Tenderloin” has an importance out of all proportion to the merits of the performance. Considered artistically, the production had no merits. The melodrama was bad, the actors were bad, and the audience was such a one as might be expected at the People’s Theatre on the Bowery. It is significant, however, that shrewd managers who know what their public demands should invest money in putting on the boards what is avowedly and attempt to depict the lowest forms of vice to be found in New York. And more significant still is the probability that these far-seeing gentlemen will make handsome earnings!

What is the substance of “In the Tenderloin” ? A succession of living pictures of metropolitan infamy. Throughout the four acts there pass before the audience, in shameless review, ugly specimens of the dregs and slums that taint Manhattan Island. There are thieves, thugs, assassins, fallen women and the brutes who exploit them, gambles, painted men, dive-keepers and the low company the harbor—cunning scoundrels whose trade is to lure men into their dens and despoil them; infamous creatures who traffic in the dishonor of young girls, “green goods” men, confidence men –all the foul brood of carrion birds that gorge themselves in the moral cesspools of a sinful city. Such is the “play” this high-minded “playwright,” Mr. E. E. Price, has “constructed” ! Such is the play that will possibly make a “barrel of money” for the philanthropists who have mounted it !

Reprinted from The Illustrated American, January 5, 1895.