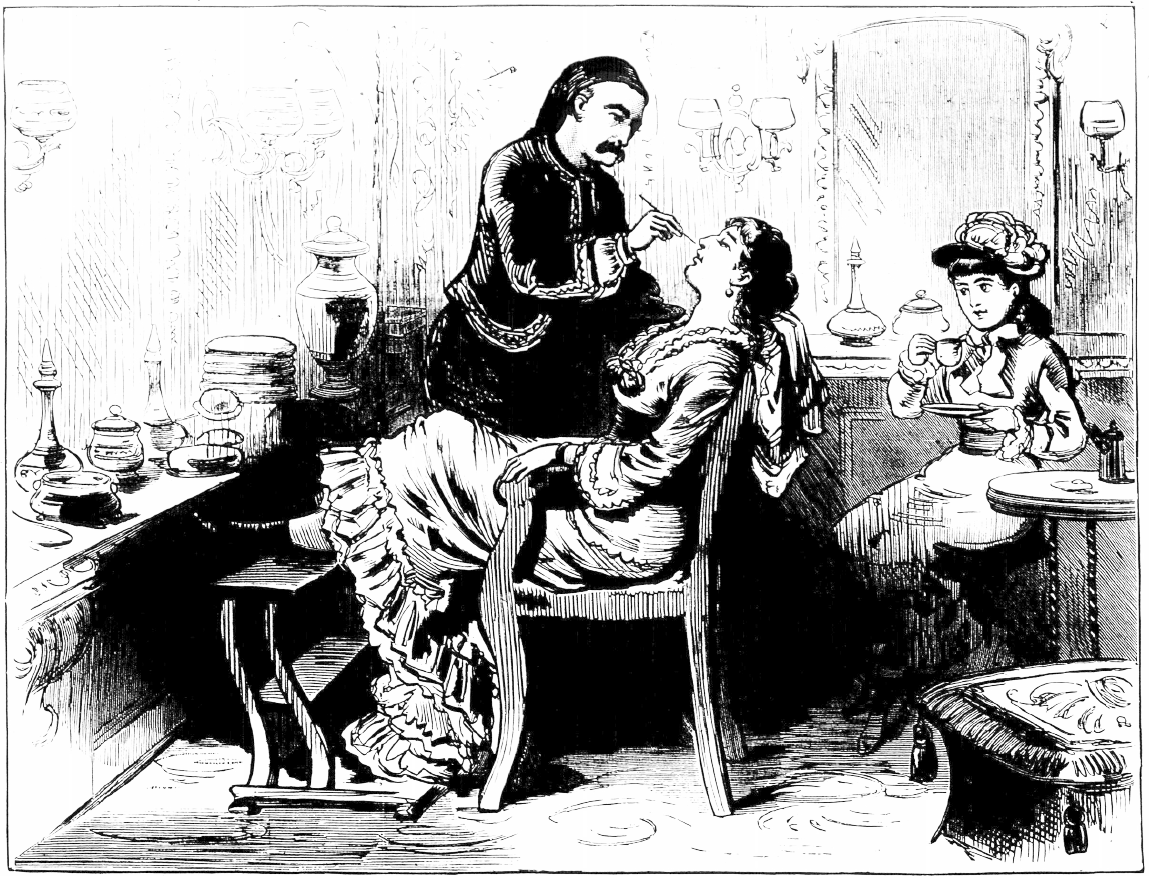 “Made Beautiful Forever.” –The new process of enameling the face in order to hide th blemishes which nature and dissipation have made on the phiz of women of fashion; New York City. [more]

The recent death of Madame Rachel, the famous female beautifier or enameller in a London prison has called attention to this singular caprice of fashion. At the present time a walk on one of the leading thoroughfares of this city will demonstrate to what extent this foolish fashion is carried on. Women whose faces are enameled are easily detected by the shining appearance of their skin as well as the unnatural tint, which this process gives to their complexion. There is a close resemblance between a milliner’s wax-figure, used for displaying a fancy toilet, and the face of a woman who has submitted to this method of beautifying. Until quite recently enameling was confined to Paris, all who had it done having to go to that city for the purpose. It is very expensive, costing about $6oo, and generally lasts about six months. It is said that the art has been recently transferred to this city by a Parisian who has met with great success.