The cool reception that some frolicsome young Doylestown girls gave to a verdant beau who was not posted as to the manners and customs of the Pennsylvania Dutch
More...
October 27, 2013

Duel of the Divas. | Hungry Joe. 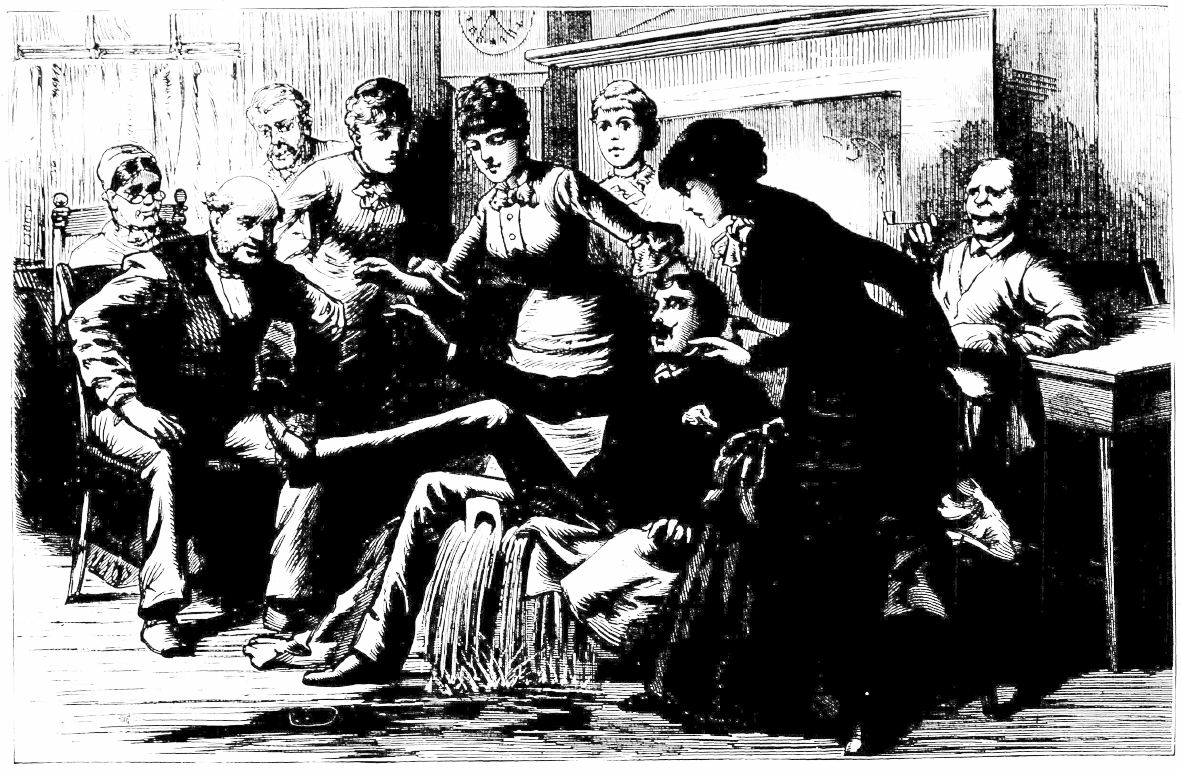 The cool reception that some frolicsome young Doylestown girls gave to a verdant beau who was not posted as to the manners and customs of the Pennsylvania Dutch.

In no part of the country can be found a place where the old times sports of Hallow Eve are better kept than Doylestown, Pa. The last day of October is a carnival of fun for the honest and mirth-loving descendants of the Pennsylvania Dutch, of good old Bucks county. It is a holiday in which the young girls can particularly enjoy themselves by a little practical joking. Socials parties are held on the occasion, and the young folks rack their brains to devise schemes to catch the unwary in some ludicrous predicament. They enjoy catching some unsophisticated youth to play their tricks on. A party of gay damsels of Doylestown lately captured a fresh young dude from Philadelphia, and after playing many tricks on him, capped the climax by inducing him to take a seat between two of the belles of the occasion, who were apparently seated on a lounge covered by a sheet. It was not long before he discovered that the supposed lounge was two chairs at the end, and under the enticing looking centre seat was a tub of cold water, as the young man found to his sorrow.