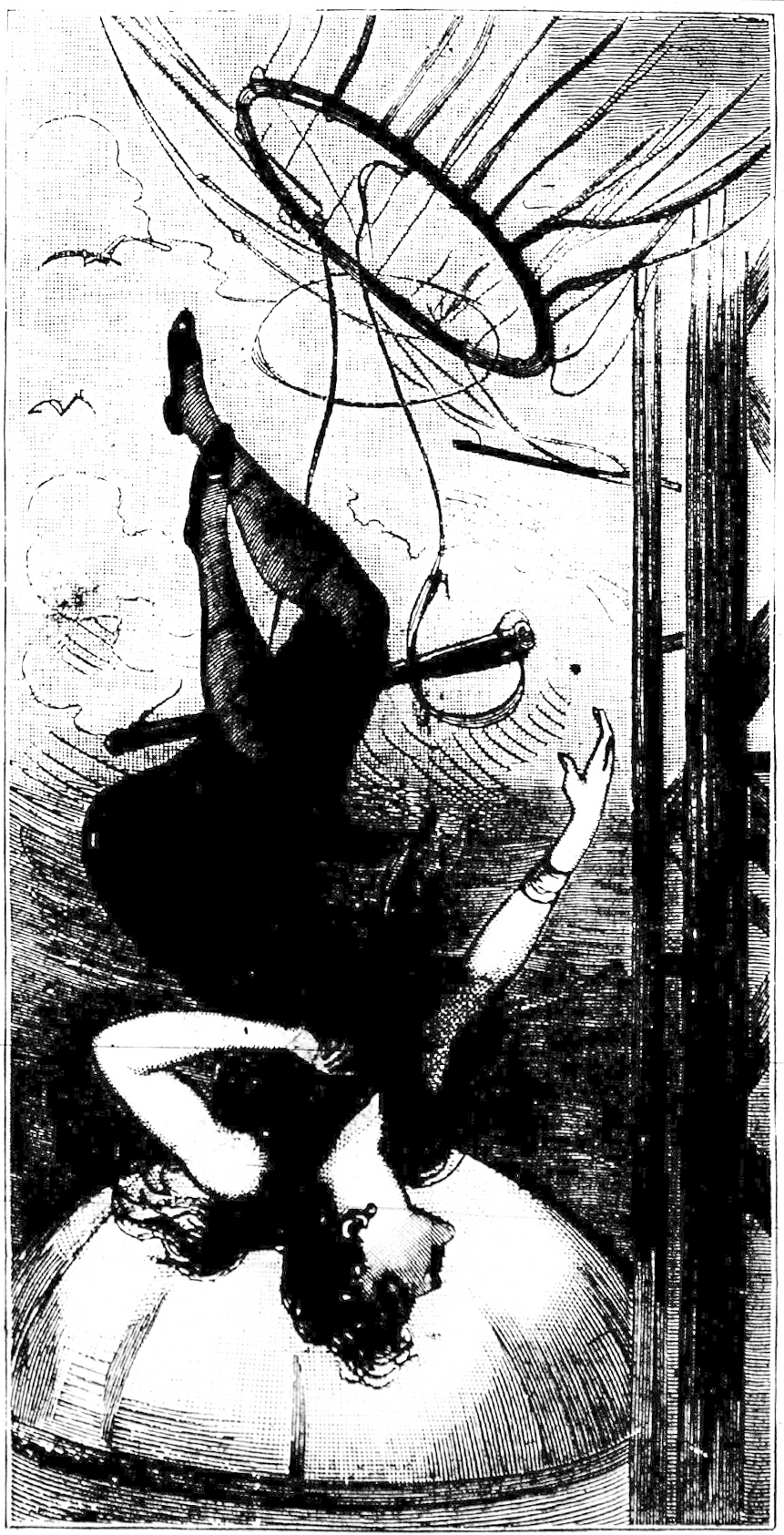 Gertie Carmo, a Female Aeronaut and Trapeze Performer, Hurled to the Ground and Instantly Killed in Detroit, Mich.
More...
September 24, 2013

Gertie Carmo, a Female Aeronaut and Trapeze Performer, Hurled to the Ground and Instantly Killed in Detroit, Mich.

Gertie Carmo, the daring female aeronaut, was recently killed at Detroit, Mich. It was almost dark and a strong wind was blowing when the balloon arose with Miss Carmo hanging to the trapeze bar. Before the immense bag could clear the Exposition building it struck a projection in the high tower and hurled Miss Carmo to the ground. Falling a distance of 30 feet, her death was instantaneous. Very few people saw the aeronaut fall, as the Exposition builing was between them and the object of their view.

Examinations showed that the woman’s skull, right thigh and left arm were fractured. Her skull at the base was broken completely from one side to the other.