A Monkey and Dog Time.

The novel bating match in Van Wert, Ohio, between a Marion gorilla and a Fort Wayne, Indiana Canine.
More...
February 23, 2015

Was Her Story a Fake? | A Woman’s Flat-Irony.

A Monkey and Dog Time. 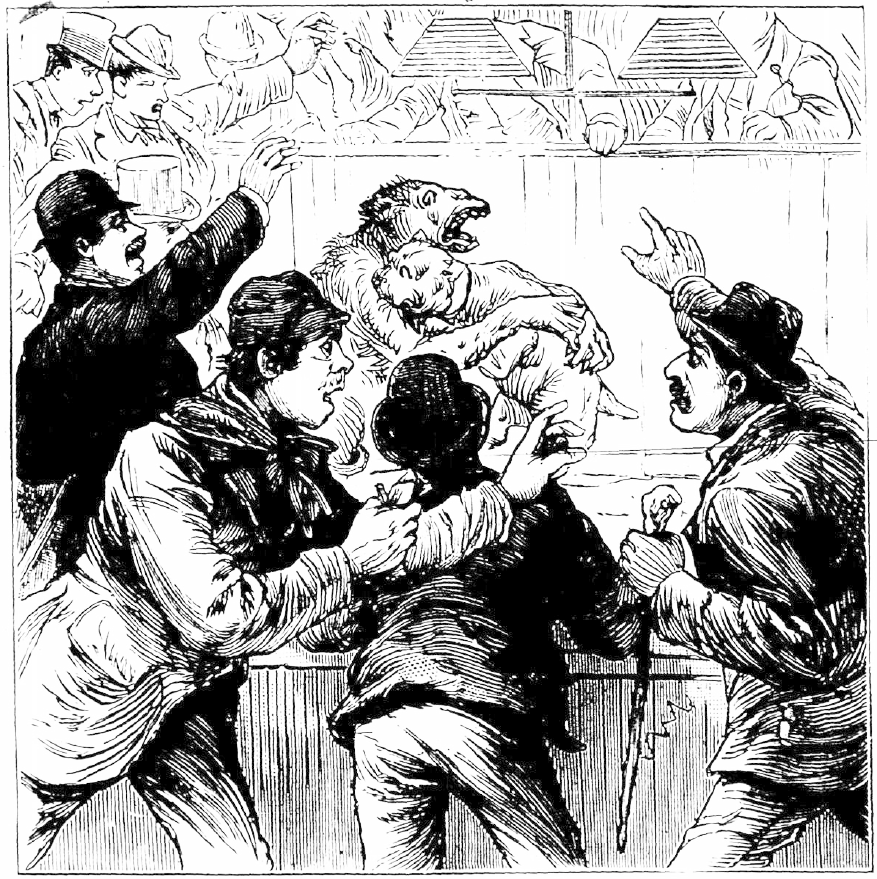 The novel bating match in Van Wert, Ohio, between a Marion gorilla and a Fort Wayne, Indiana Canine. [more]

A fight between the thoroughbred English bulldog Jack and an African gorilla occurred recently at Van Wert, Ohio. The dog was owned by W. H. Steward, of Fort Wayne, Ind., and weighed about forty pounds. The ape belonged in Marion, Ind., and was nearly twice as heavy. The stakes were a $1000 purse. As soon as the animals faced each other the dog fastened his teeth in the ape’s neck, but seemed unable to penetrate the thick hide of the latter. Quick as a flash the gorilla had the dog in his long arms and broke his back by main strength. He sunk his long tusks repeatedly into the neck and spine of the bulldog until the blood flowed in streams. The dog was utterly helpless, and his owner threw up the sponge to save him from being killed just as the dog fell over dead.