A Widow and Her Pretty Daughter Caught Thieving in Men’s Attire in Tecumseh, Mich.
More...
April 13, 2015 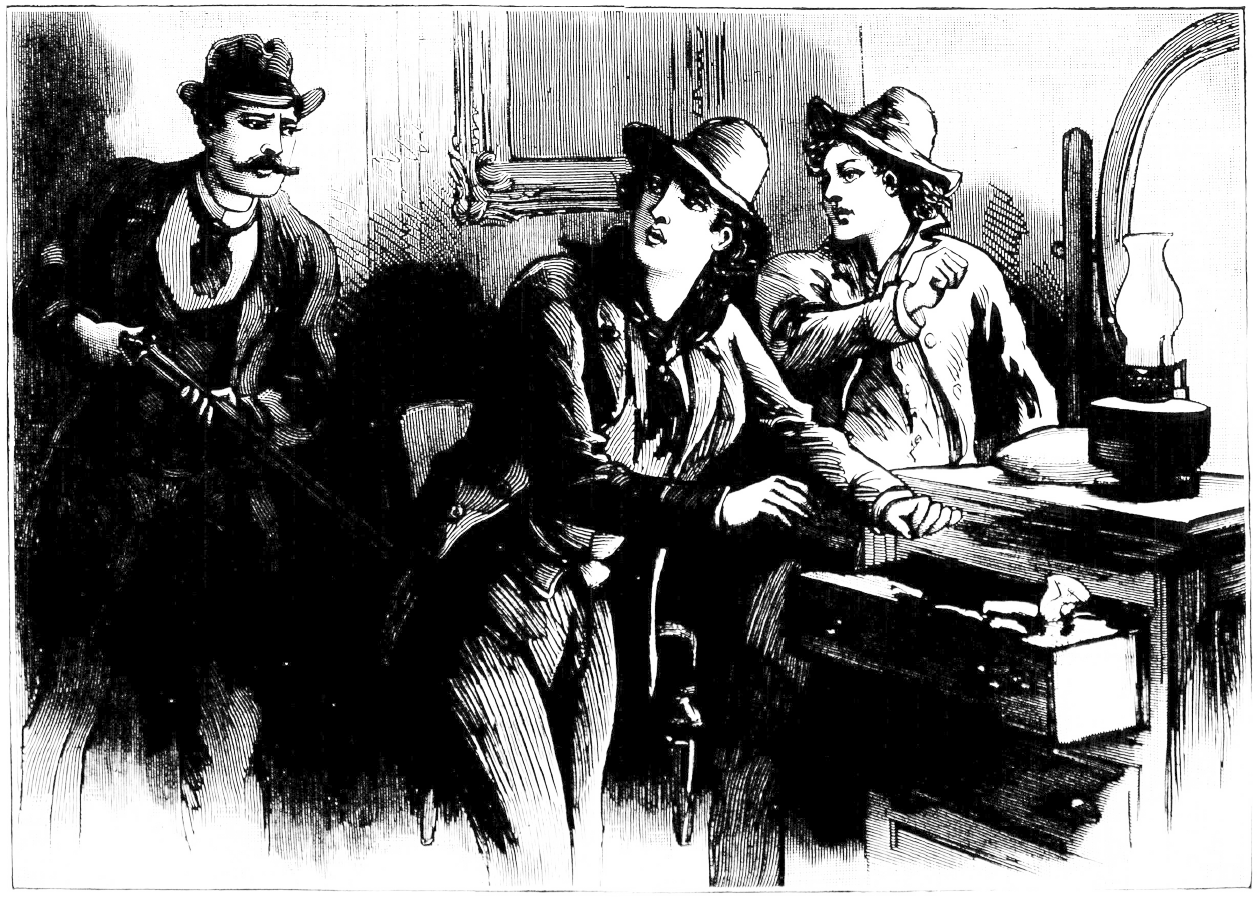 A Widow and Her Pretty Daughter Caught Thieving in Men’s Attire in Tecumseh, Mich. [more]

Mrs. Alice Church, a comely widow, thirty-eight years of age, and Bessie Church her daughter, eighteen years of age, were arrested recently in Tecumseh, Mich. In the act of committing a burglary. They were dressed in men’s clothes.

The two women moved in the best society, were members of the church, active in charitable work and eminently respectable as to conduct. The women confess their guilt, stat that they have committed a score of burglaries and will gladly accept any punishment that is meted out to them. It was at first believe that they were insane, but that theory has been abandoned.

Mrs. Church and her daughter have live in Tecumseh several years. Both dressed well and the girl is not only unusually bright, but quite handsome. They numbered among their friends nearly all the best people in Tecumseh. They lived modestly and stated that their income came from the life insurance of the late Mr. Church. Mrs. Church was popular with the beaux of the town, but it was observed that she froze them with dignity when they became too demonstrative.

Early in the summer the home of a prominent family was entered one evening and some jewelry and wearing apparel were taken. No trace of the burglars could be discovered. About the time the incident was dropping out of the public mind another house was entered. Some money and jewelry was taken from this house, and, as before, the family were absent the evening of the occurrence. The station was watched and all the roads out of town guarded, but now burglars were arrested. The town police were puzzled.

The burglaries followed each other in quick succession during July and August. The whole town was excited. Strangers were eyed with suspicion and citizens lay in ambush night after night without accomplishing anything.

All the houses were entree in the same manner through the back door or a window opening on a porch. Occasionally groceries and food were taken. This led to the belief that the burglars were tramps. There was a secession of night work during September but early this month the burglaries resumed. The houses were entered usually during the absence of a family, but in many instances houses were robbed in which several men were sleeping.

Last week the home of the late Judge Stacey, occupied by Mrs. Stacy and her daughter, was broken into and robbed of goods valued at $500. A reward was offered and a score of amateur detectives set to work and beyond arresting a few trams who were clearly innocent nothing came of it.

Relatives then decided to take turns watching the house. About 1 o’clock the other morning one of the watchers observed what he supposed were two men approaching the house. He got a shotgun and waited. The burglars lifted a window and boldly entered. The man with the shotgun decided to wait until they entered the dining-room, when he could get a better light on the targets. The tow figures entered the dining-room, and as the watcher aimed the gun the light fell on the face of Widow Church. He could barely believe his eyes. It was Mrs. Church and her daughter dressed up in men’s clothes.

He lowered the gun, approached and arrested both. They screamed, but recovered their composure, and in the presence of Mrs. Stacy confess to all the burglaries.

The women had a preliminary examination, at which the whole town was present. They were held for trial. It is said that they stole to keep form starving, and that a false pride prevented them from telling their friends of their condition.