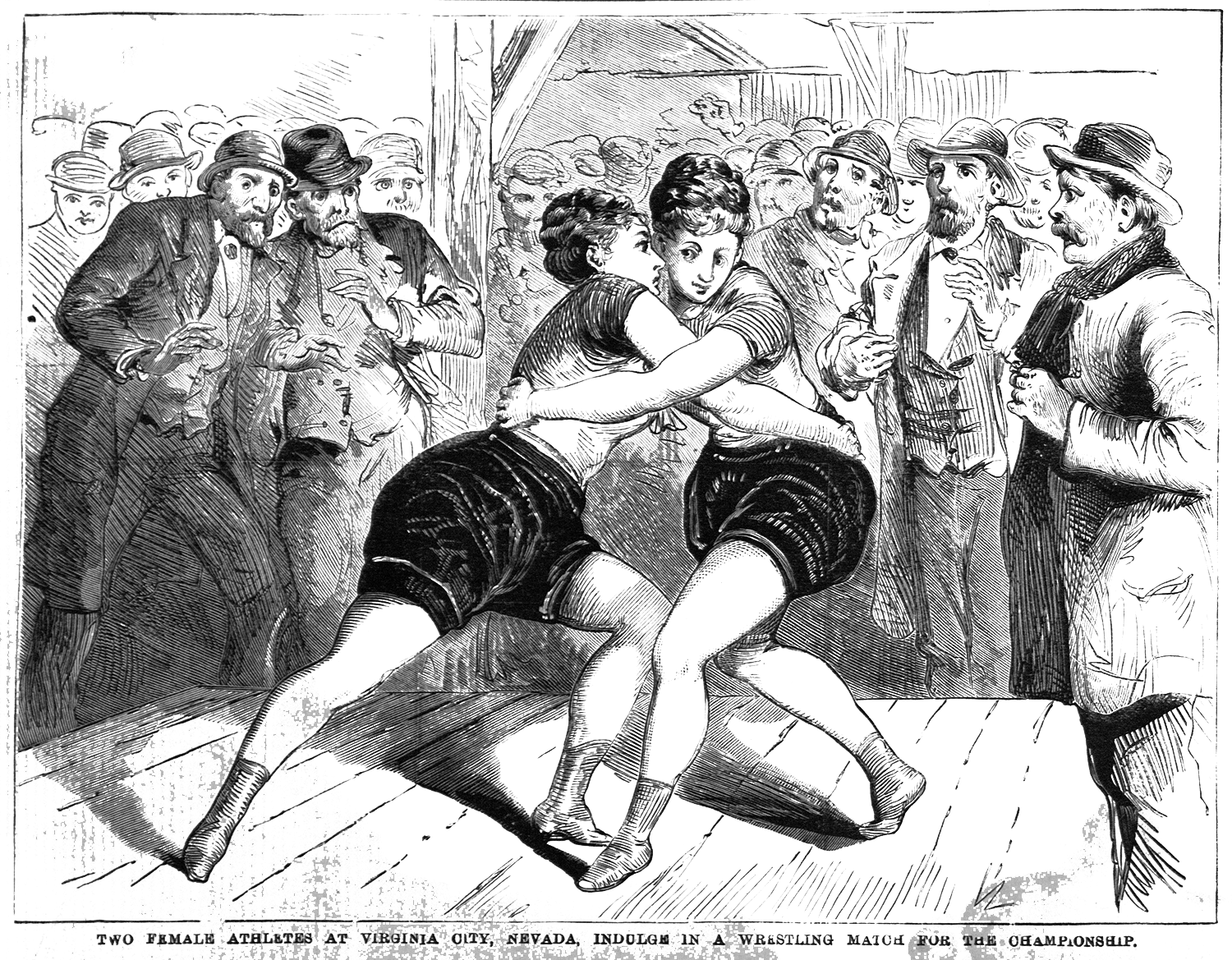 The sports of Virginia City are a gay lot, and as money is plenty out there, they enjoy life hugely. They wile the heavy hours away with horse racing, cock fighting, bucking the tiger, and other amusements characteristic of their class. The latest novelty gotten up by them was a female Graeco-Roman wrestling match The contestants were Miss Lillie and Miss Maud, two of the most beautifully formed ballet girls known to the local stage. Their backers were two well-known gamblers of the city, each enamored of the charms and believing in the skill of his favorite beauty. Tickets were only issued to the insiders, but the lucky ones saw rare sport. The girls were both in excellent condition, having been training three weeks. The match was for $1000, best two in three falls. After a spirited struggle of forty-five minutes Miss Lillie was declared the victor, having won two straight falls. There was a good deal of excitement, and a large amount of money changed bands on the result.