A Velocipede Riding-School. | A Woman Whipping Her Husband 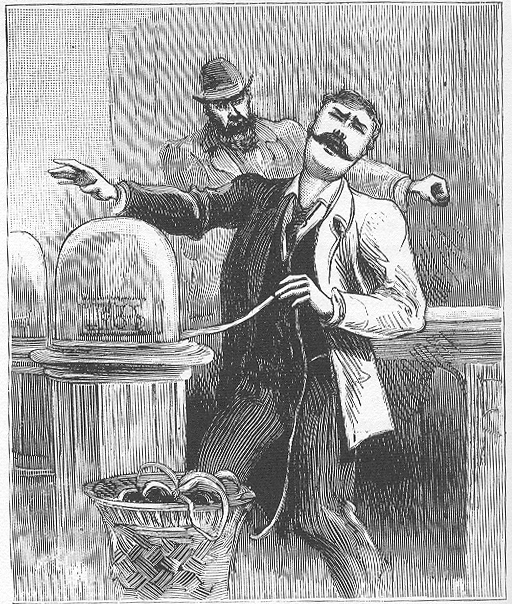 Charles H. Page, of the firm of E. D. Page & Brother, stockbrokers, 132 South Fourth Street, Philadelphia, Pa, was recently shot and instantly killed in his office by Ronald Kennedy, a customer, who had been dealing in margins with the firm for two years. Kennedy then placed th pistol to his own head and sent a bullet into his brain.

The murderer and suicide is said to have lost between $15,000 and $20,000 since he began dealing with the firm, and despondency over the losses is supposed to have caused the crime.

Mr. Page was shot while reading the reports of the “ticker.”