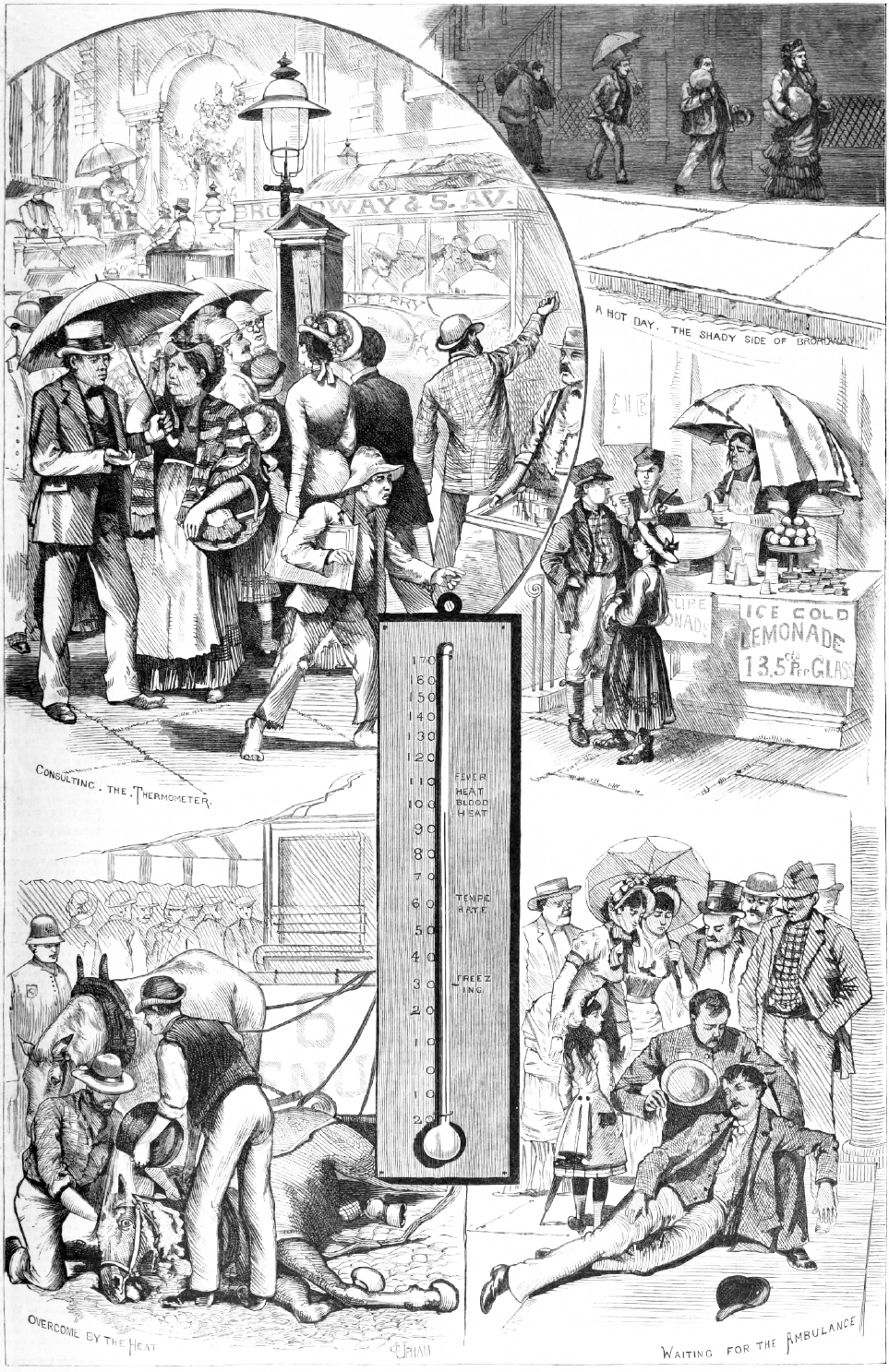 While New York is by no means the hottest city in the country, there have been a few days during the present season when the temperature reached a height altogether incompatible with human comfort.
More...
July 20, 2015

They Are a Bad Lot. | A Duel with Whips.

While New York is by no means the hottest city in the country, there have been a few days during the present season when the temperature reached a height altogether incompatible with human comfort. There were two such days last week, when the temperature reached ninety-four degrees in the shade, and the sufferings of those exposed to the torrid rays of the sun were intense. On the 23d, especially the heat was most oppressive and man and beast alike succumbed to its influences. The air was moist, no breeze was stirring, and when the noonday sun looked down upon Broadway it saw not one but many thousands of wilted men and women. Among the tenement houses the suffering was great, perhaps than at any time during the summer. The streets were deserted in the middle of the day, and the sweltering thousands labored and drudged in their hot and dismal rooms with no chance of relief. In the evening they swarmed about doorsteps and hallways and filled the streets.

Our illustration strikingly depicts the incidents of one of these hot days—the feverish consultation of the thermometer, the eager quest for comfort on the shady side of the street, the prostration of man and beast by the pitiless heat. Happy are they who in such “torrid times” as these are able to find cool retreats on mountain tops or by the sea or in fragrant forest depths where no ray of sun can ever penetrate.