He May Be Lynched.

He May Be Lynched. 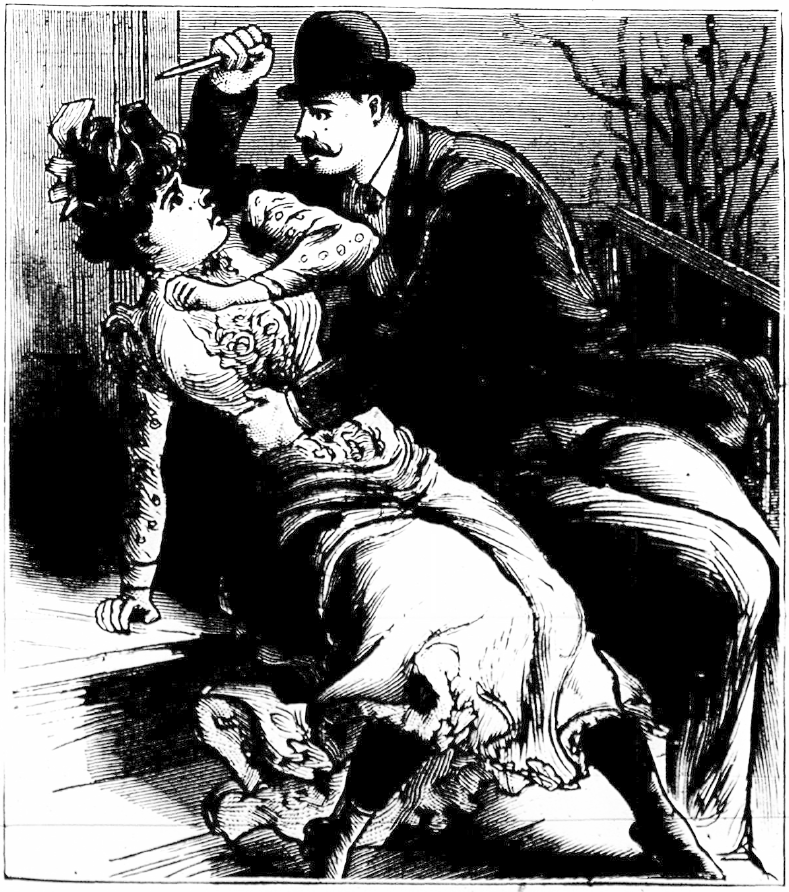 Miss Lily Dunkley, a Miles City, Mont., girl, refuses to marry Charles Snyder and he tries to kill her. [more]

Charles Snyder, of Miles City Mont., barely escaped lynching the other night. He has or some time been courting Miss Lily Dunkley, who, when he propose, refused him. He called upon the young lady and persuaded her to go walking with him. When in a quiet neighborhood the two took seats on the stoop of an unoccupied house. Suddenly Snyder became enraged, and drawing a knife plunged the blade into the girl twice, once in the back and again in the side. Her screams brought assistance and she was removed to a place of safety, where her wounds were examined. Miss Dunkley was found to be seriously injured. A posse is searching for the murderous lover. Threats of lynching were made.