The question of who was more beautiful, Lillian Russel or Lola Montez was settled by two cowpokes in the Nevada desert in the 1890s.
More...
May 30, 2011

Nevada, 1890s -In an age when the closest thing to mass media was a cigar box label both Lillian Russell and Lola Montez were international superstars. Both were stage actresses and performers and both were known for their beauty. The question of which was more beautiful was settled by two cowpokes in the Nevada desert in the 1890s. 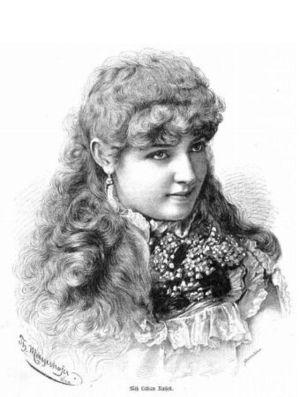 Born Helen Louise Leonard in Clinton Iowa, in 1861, Lillian Russell traveled to New York in 1878 hoping for a career in the opera. She found herself, instead in the chorus of H.M.S. Pinafore. By 1880 she was starring on Broadway and traveling between New York and London for singing engagements. In 1891 she was the star of the Lillian Russell Opera Company.

Though she preferred oysters and champagne at Delmonico’s in New York with her long-time companion Diamond Jim Brady - he stuck with her when four husbands did not - Lillian Russell did perform in the old west and it is known that she sang in the opera house in Virginia City, Nevada. 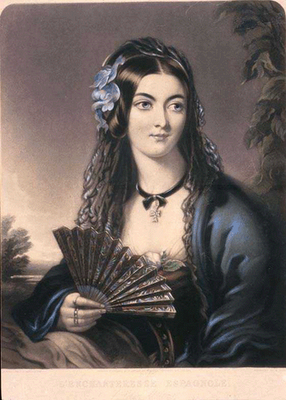 Lola Montez, like all great pop stars, invented herself. She was born Elizabeth Rosanna Gilbert in Limerick, Ireland in 1820 and traveled as a child to Calcutta, India. Fearing she was growing up wild in India, her mother and stepfather send her to live with relatives in Scotland where she became known as the “The queer, wayward Indian girl.”

After a failed marriage and a torrid affair with an English soldier, Eliza Gilbert went to Spain to learn flamenco dancing. When she returned to England Eliza was now Maria Dolores de Porris y Montez - better known as Lola. She was not a great dancer, but her signature move, the “spider dance” shocked audiences around the world. After three marriages and some scandalous affairs with European royalty, she came to California. Like Lillian Russell, Lola Montez performed for prospectors in the old west, but she did it a generation earlier.

While it is possible that cowboys Dave Colfax and Jose Madero had actually seen their idols, Lillian Russell and Lola Montez perform on stage, it is more likely they knew them only from cigar box portraits. Dave carried a picture of Lillian Russell in his bedroll and often displayed it in saloons. He would turn ugly when anyone disagreed that Miss Russell was the most beautiful woman in the world. Madero, who believed Lola Montez was Spanish, declared that she deserved that title. He went to his saddlebag and returned with a tattered picture of his beloved Lola.

Resolved in a court of law: Lillian Russell was the most beautiful woman in the world.