Now in Convenient Book Form! | “For Members Only.” 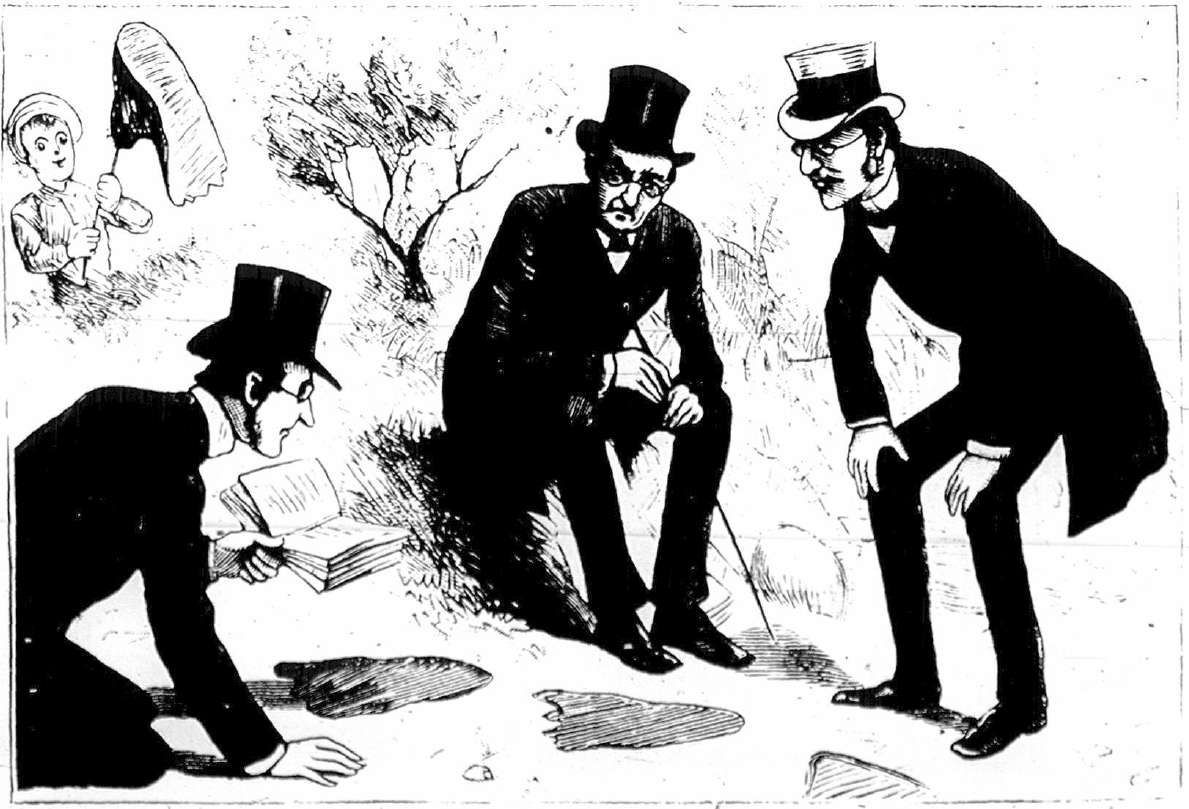 How a party of learned antiquarians were led astray in their prehistoric searches by a bad boy of Madison, Ohio.

A ripple of excitement has been caused in Northeastern Ohio by a party of learned scientists who have been searching for evidences of the prehistoric race that dwelt on the borders of Lake Erie. They, in their own minds, have made some valuable discoveries, none more important than the finding of footprints of a colossal being, whose pedal extremities must have been enlarged and extended specimens of what is known to modern students as the Chicago girl’s foot. Tommy Opper, a bad boy, who lives near Madison, Ohio, where the wonderful footprints were discovered, could probably tell more about them than the astonished antiquarians. He says it took him two days to make the wooden model for “them air hoof-prints.” He feels quite elated at his success in aiding scientific investigation.