Benjamin, of that name, vainly attempts to break a bank in female disguise at Palmerston, Ontario.
More...
August 2, 2022

A Hot Day in New York. | Eaten by Sharks. 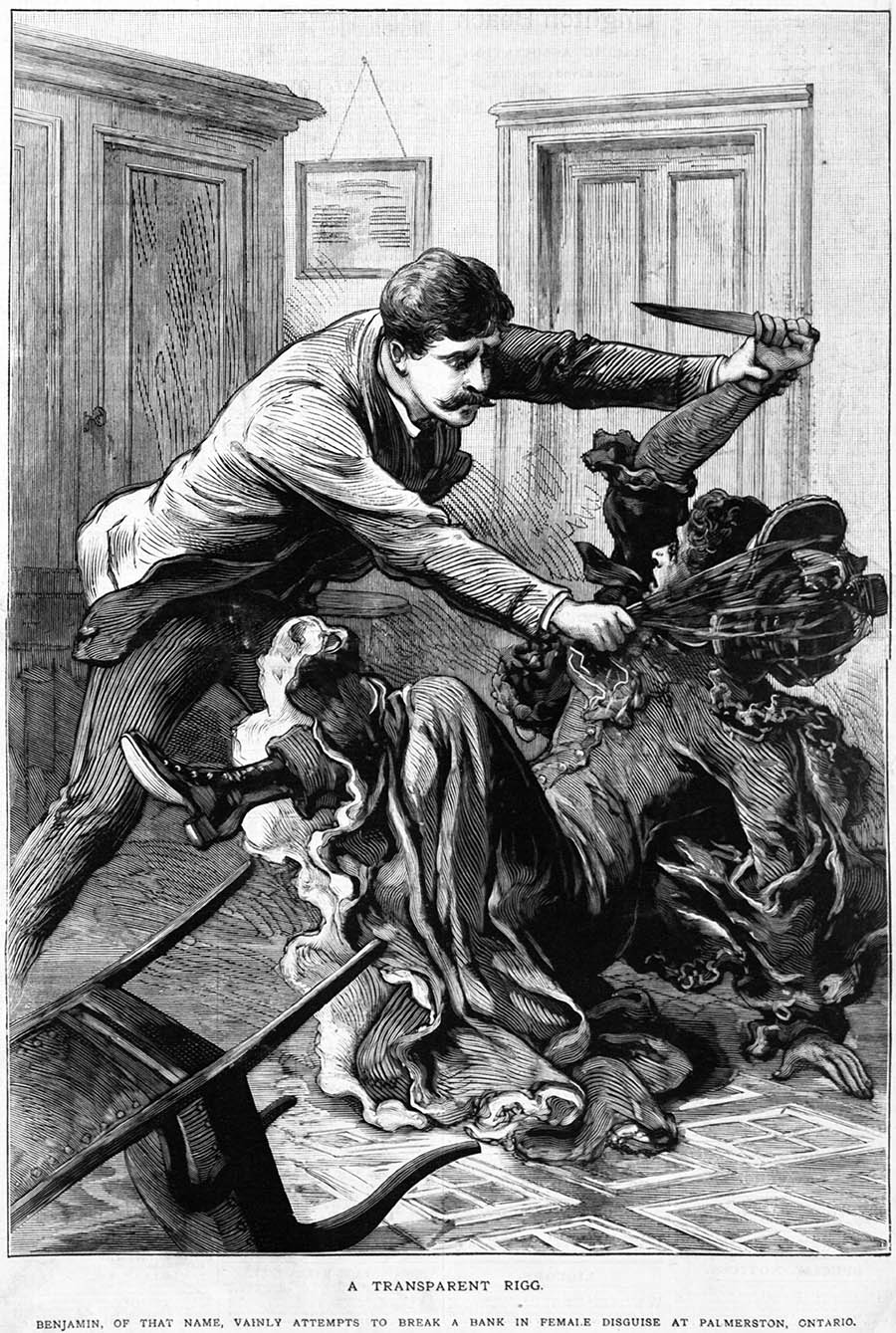 A daring attempt was made to rob Scott's bank at Palmerston, Ontario, Canada, on the morning of June 9th. By a ruse J. W. Scott, proprietor, was got rid of, and about eleven o'clock a person closely-veiled and dressed in woman's clothes went into the office and wished to deposit $2.000. Teller Bert Boomer showed his customer to a seat in the private office until he got through with other customers. When he returned to the veiled one he was asked to lock the door until the deposit was made. As the customer appeared very nervous Boomer complied with the request. and on returning to the private office the party displayed a large knife and ordered him into the washroom. Boomer refused to go and a struggle ensued, the teller getting badly cut and otherwise injured, Finally he overcame the robber, took the knife from him and on stripping the veil from his face found himself confronted by one Ben Rigg, a resident of the town. Rigg was arrested.