A Woman’s Flat-Irony. | Song of the Great Blizzard. 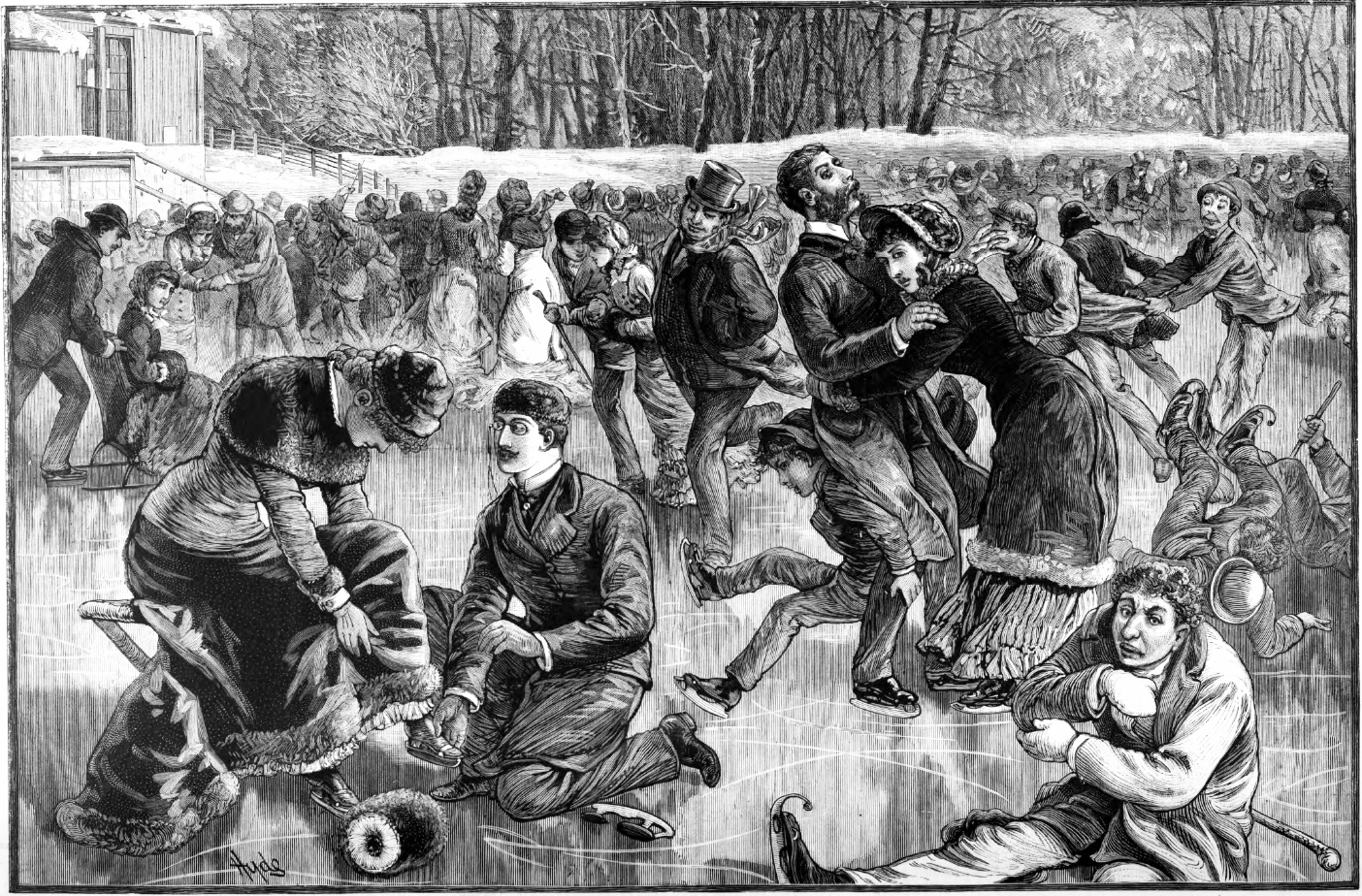 Not a brighter sight in the world of its kind tan the pond on Central Park when the is is thoroughly fit, and the ominous word ”Danger” relegated to the surrounding groves. Every inch of space is thronged with a mad, merry, healthy, good-natured crowd, while the ring of joyous laughter, mingled with the circular-saw-like buzz of talk and the despairing shrieks of toppling-over skaters, is set in the sound o the swift gliding skate as it cuts its rapid way along the slippery and unyielding ice. Swells in the most “correct” attire spin along beside th “boys” from the Bowery, while Murray Hill belles, in furs worth a king’s ransom, glide swanlike to be jostled by red checked girls, who have taken half a day off from an adjacent factory. All is good humor, all is fun, all is health; and those along appear gloomy who come to look on.