There is a strong minded woman “way deown in Maine,” who has been protesting for years against her s
More...
November 4, 2014

“For Members Only.” | A Substitute for a Wife. 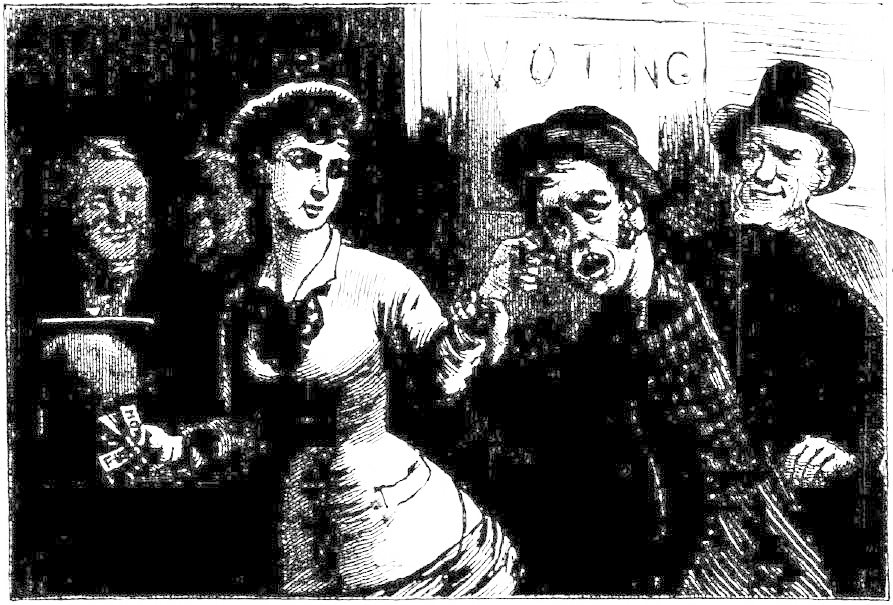 [more] There is a strong minded woman “way deown in Maine,” who has been protesting for years against her sex being debarred the right of suffrage. During the recent election she resolved to press her opinions through her spouse. They were one, she argued, and he had all the say in political matters since their marriage. His political creed differed from hers, but she determined to have “her say” for once. She overtook him on his way to the polls, laid firm hold on his ear, and forced him to put her ballot in the box. It was a clear case of connubial bulldozing.