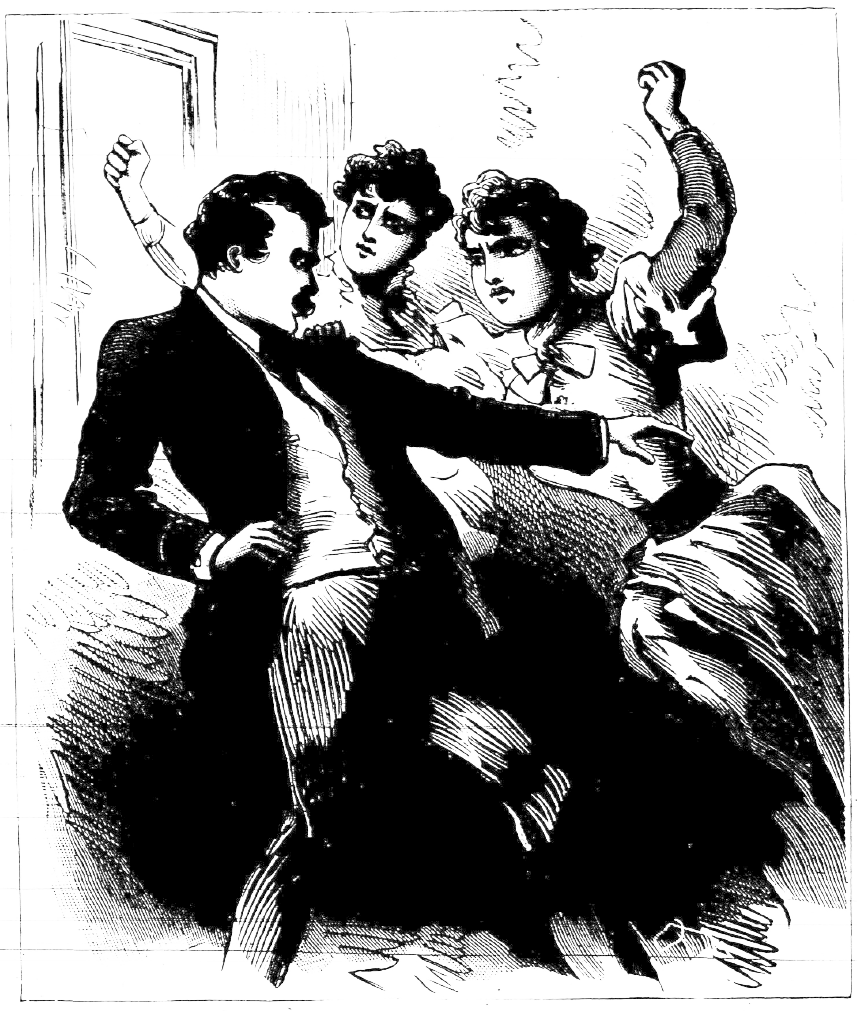 Two girls, who had been ill-treated by a fake mesmerist, get revenge in Indianapolis, Ind.
More...
July 2, 2018

Two girls, who had been ill-treated by a fake mesmerist, get revenge in Indianapolis, Ind.

There was a sensational scene in Indianapolis, Ind., the other day, when two good looking young women, who had been working as the confederates of a professor of hypnotism, turned the tables on him and gave him the beating of his life.

One of the girls had permitted herself to be put in a coffin and kept there for several days.

“Why,” said she, “I would have starved to death in that coffin had not an outsider carried me food. The professor promised to bring me wines and eatables, but not a mouthful did I get form him. Of course, I was not mesmerized any more than you are this minutes and I suffered awfully, too. My stomach and nervous system are still deranged from the effect of lying in that hard box. It was my first experience of the kind, and there is not money enough to hire me to repeat it. He promised me money, but I had no idea how I should suffer. Just look at my lips and cheeks where he forced needles through them. The pain was simply awful and I came near fainting while he was doing it.