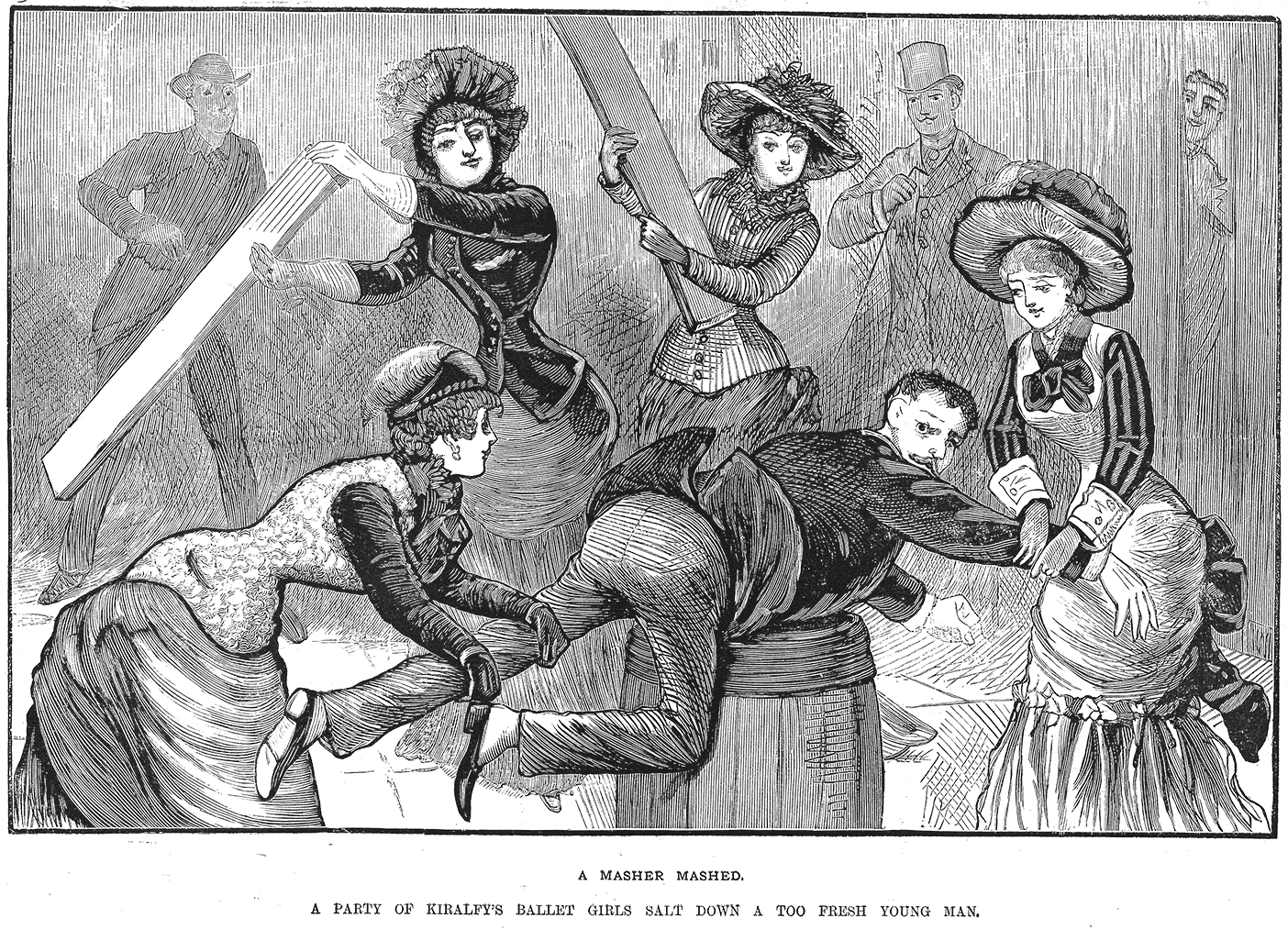 A party of Kiralfy's ballet girls salt down a too fresh young man.
More...
December 1, 2020

Shot for a Bear. | A Newspaper Man’s Plight