Superintendent Walling makes a raid on a Sixth Avenue opium den and gathers in a motley crowd of smo
More...
September 15, 2015 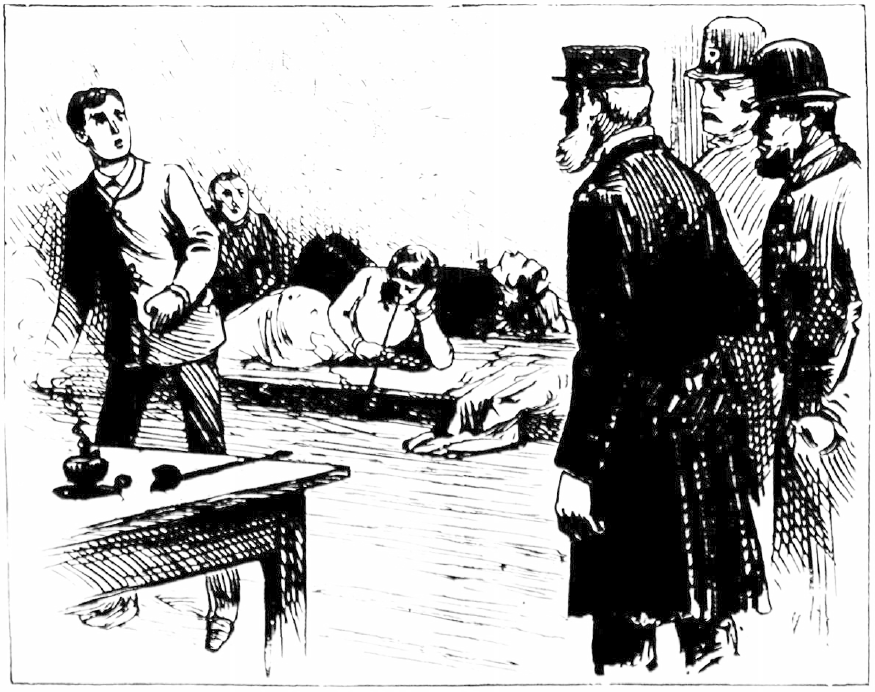 Superintendent Walling makes a raid on a Sixth Avenue opium den and gathers in a motley crowd of smokers.[more]

Superintendent Walling has made up his mind to rid the city of opium joints, and last Saturday made a successful raid upon on of the dens on Sixth Avenue. Seven women and twenty-four men were marched to the police station. Monday morning they were arraigned at Jefferson Market. They were all young and well dress. The men looked like well-to-do clerks. Superintendent Walling told Justice O’Reilly that he would like to have examples made of the prisoners, as the smoking of opium was an evil that should be stopped. The Justice thought so too and had separate complaints drawn against each prisoner. It was 1 o’clock in the afternoon before all the complaints were made out, and the young man in the plaid suit was called to the bar. He said his name was Joseph Burnett, and he was charged with a misdemeanor in keeping and maintaining an opium joint. He said he was not guilty and that he knew nothing of the business that was carried on in the rear of his restaurant. He was held in $1,000 bail.