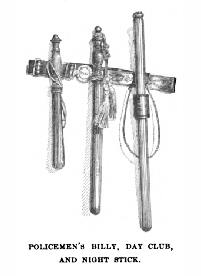 Fight of the Century! | Photography's Abuse by Blackmailers.

The deaths from burning of ladies connected with the theatre have of late years been very frequent. Miss Webster, in London, Adele Lehman of Niblo's, Mary Marsh, and now Josephine Farren, a pretty and popular danseuse of the Volks Garten, a German theatre in the Bowery, New York. It is a terrible proof of the necessity for some fireproof material for a ballet dress. She was performing on the tightrope on Saturday, the 4th inst., when her dress touched one of the footlights, and in an instant, she was enveloped in flames. Several of the musicians in the orchestra sprang to her assistance and extinguished the flames, receiving some very severe burns themselves. The house being crowded, the utmost confusion end excitement prevailed, the audience fearing that the scenery would take fire, and thus destroy the building. The Tenth Ward police were soon on the spot, and through their praiseworthy and admirable arrangements the spectators were safely dismissed. Upon taking the unfortunate lady to her home, 85 Forsyth street, her burns were found to be so severe as to preclude all hope of her recovery, and despite the utmost efforts of her medical attendants, she died the following day. This is a case which calls on the benevolence of the public, as she supported her mother end younger sisters by her exertion and was in every respect a praiseworthy young woman.