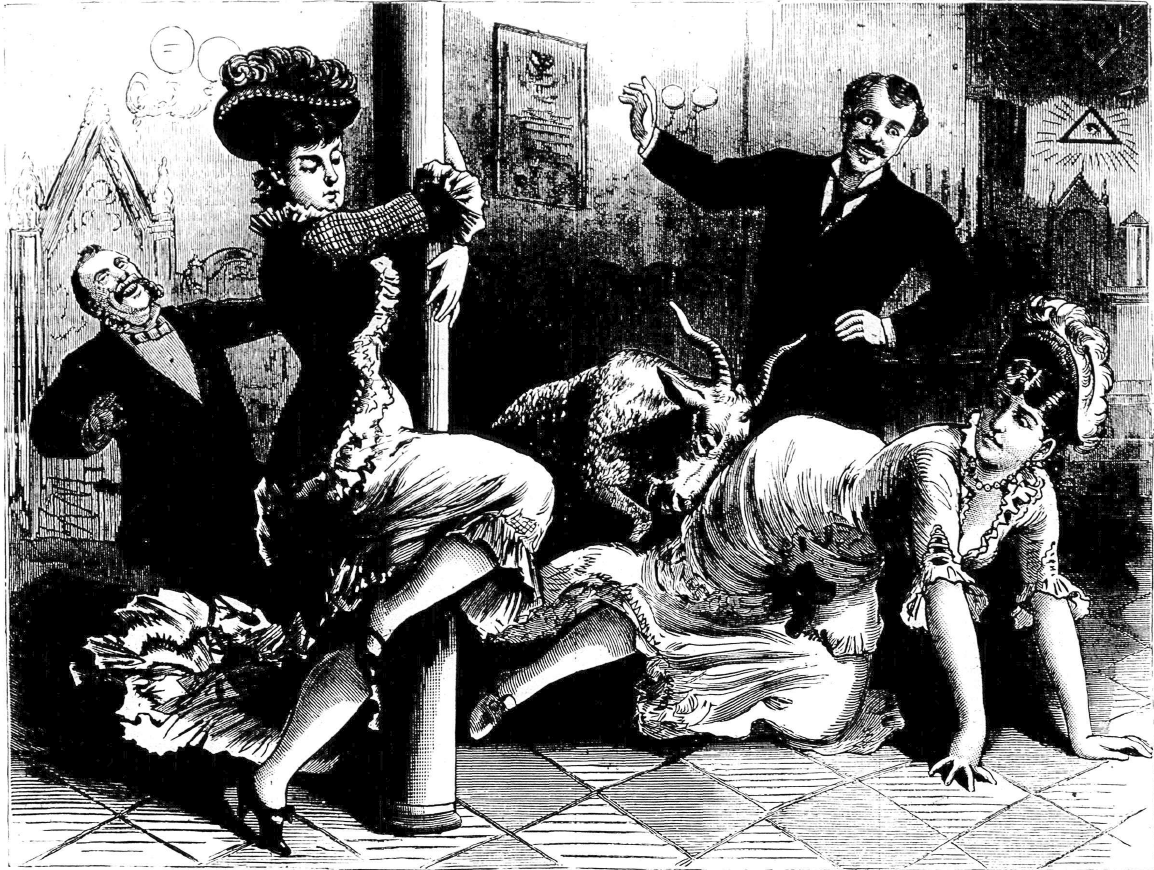 New York, NY, Oct 1880 - A couple of inquisitive damsels, anxious to learn the secrets of free masonry are given a dose of an initiation which cools their curiosity. [more]

A Ceremony Which Proved Disastrous to Bustles

A couple of very inquisitive young ladies were secretly initiated (in a horn) into the mysteries of free masonry in this city. Their beaux were both members of  a lodge, and were tormented on every occasion to tell their sweethearts the secrets of the order. At last the young men resolved to play a practical joke to cure the girls of their curiosity. So on a certain evening they took the pair to the lodge-room, hired a small boy in the neighborhood to bring in a fractious billy goat and started the initiatory services. One of the girls was made to climb one of the supporting beams, while the other was told to ride the goat. Billy was not in the bargain and dodged away, and left his would-be rider sprawling, whereupon he open up an attack. He prosecuted it so vigorously that interference became necessary. Meanwhile, both of the girls had lost their curiosity.