An Easy Winner. | Why She Pummeled Him. 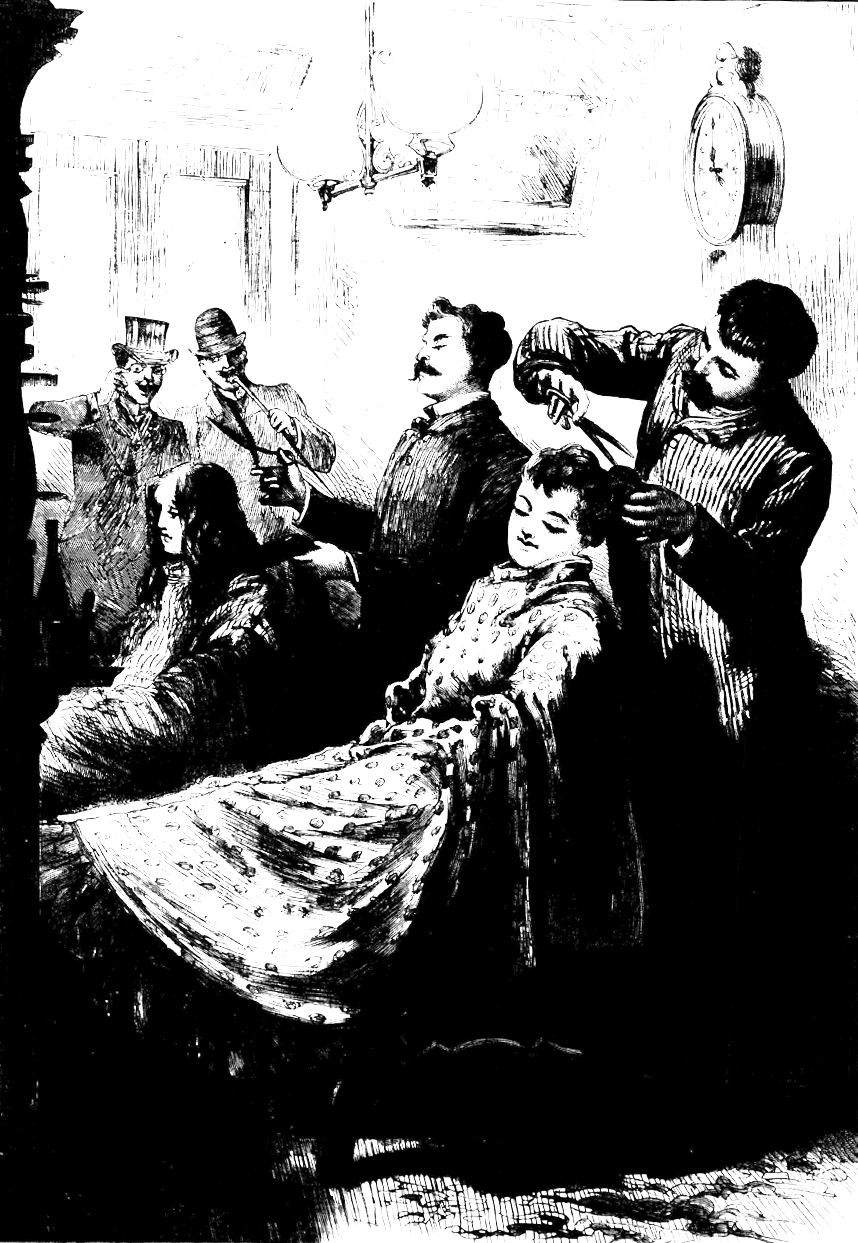 Every Garden City belle wants to have her hair cut like a little man’s. [more]

This week we illustrate the prevalent mania among Chicago virgins for short hair. The barber shops of the Garden City are overrun with youthful applicants for the hair-cutters’ services.