A Slippery and Subtle Knave – The Bank Sneak. | Spectacular Scenes & Sights Down on the Jersey Coast 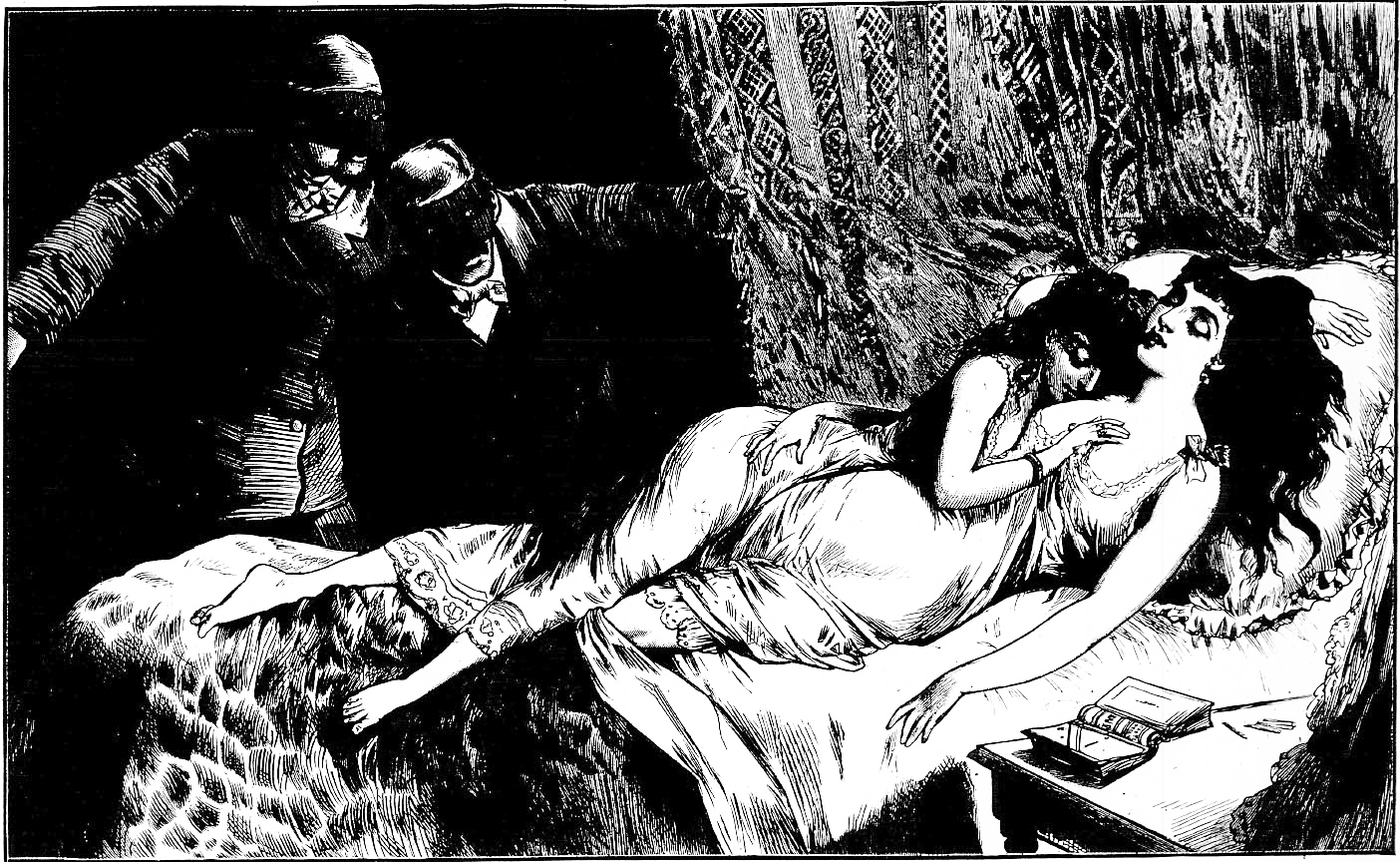 A Midnight Picture that Prevented a Robbery

A couple of desperados who had been committing many acts of crime were recently captured and lodged in a Galveston (Tex.) jail. While confined one of them gave a reporter an extended account of their lives and adventures. According to the narrative, both are more or less imbued with that spirit of gallantry so much admired by young ladies and men of a romantic turn of mind. Situated in the outskirts of the city is a wealthy merchant’s residence, and rumor had it among the outlaws that it was a “good crib to crack.” Both of these men determined to try their luck, and alter a little trouble effected an entrance. On turning their bull’s-eye lanterns on the room they discovered two handsome ladies, daughters of the merchant, locked in each other’s arms, sleeping sweetly. The sight of so much loveliness and innocence unnerved them for the purpose in view. Their sense of chivalry was touched, and after a few moments of admiration they retraced their steps, each admitting that it would be a shame to commit an act that would injure the feelings of two such lovely girls. Beauty proved more potent than avarice.

From The National Police Gazette, October 30, 1880