Perilous Situation of a Skating Party on the Ohio River Near Zanesville, Ohio.
More...
January 1, 2018

St. Valentine's Day. | Hazing at the Stock Board 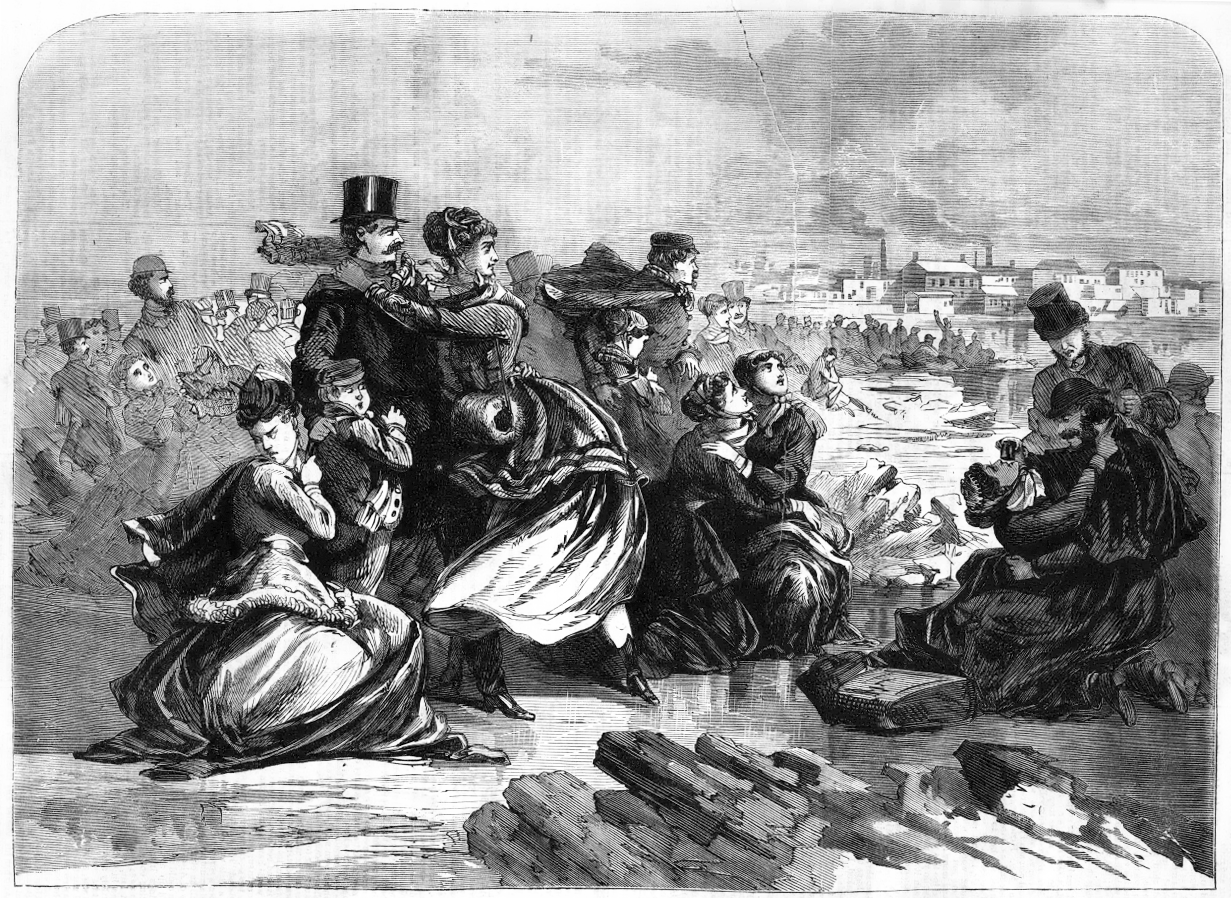 A party of skaters on the Ohio river, near Zanesville, O., recently met with a perilous adventure. By some means which they cannot explain the ice upon which they were skating became detached from the shore and before they were aware of it they were afloat upon the broad bosom of the river and rapidly going along with the current. They were fortunately rescued, but with some difficulty, Indeed, their escape from certain death is considered miraculous.