Driven by Delusion | Whipped By Women 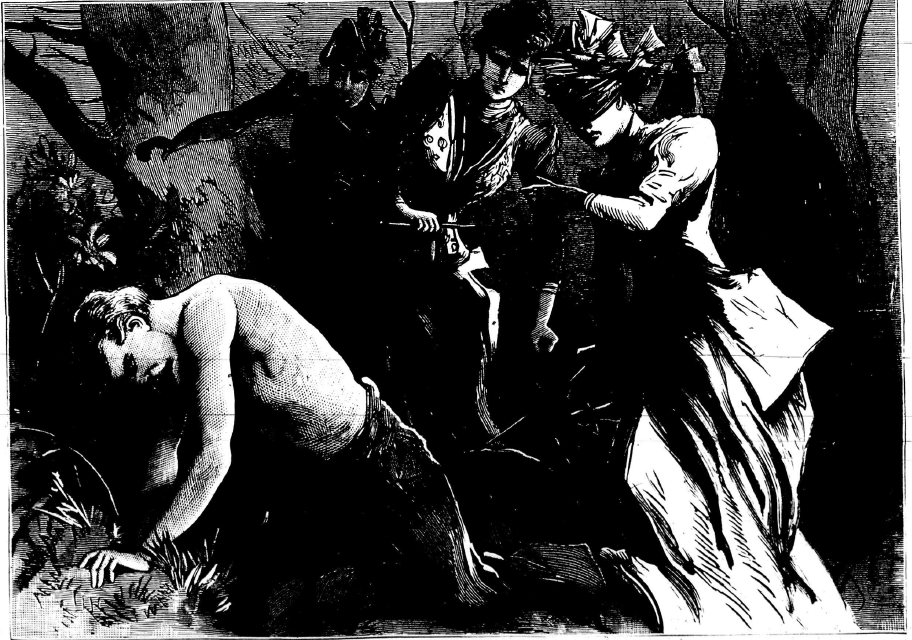 Waldo, Florida, September 1894 - Dan Wiggins, a notorious wife beater of Waldo, Fla., was dragged from his home by masked men recently. Wiggins was carried into the woods and lashed to a tree. Several women of the neighborhood, who sympathized with Mrs. Wiggins, were present, and as soon as Wiggins had been tied, they began to whip him. After he was beaten unmercifully, Wiggins was untied and left to make his way home. It is thought he will die from the beating.