Bloody Duel over a Woman.

Cursing In Church | Another Voice for Cleveland.

Bloody Duel over a Woman. 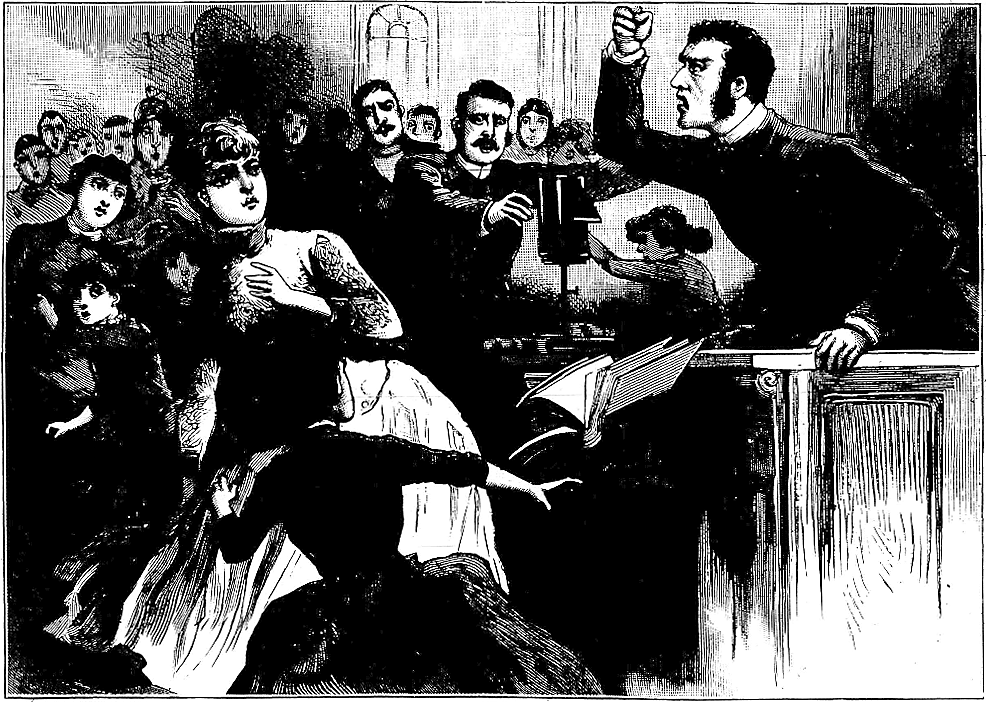 J. Williams and A. Jabes, two Salt Lake City, Utah, Men, carve each other in a frightful manner.

James Williams, a Salt Lake Utah gambler and Albert Jabes, a hack driver, recently engaged in a sanguinary fight using razors as weapons, over the affections of a fallen woman. Both were gashed in a most fearful manner, and it is probable that their wounds will prove fatal. Jabes was cut immediately over the carotid artery and Williams received an awful gash penetrating the membrane of the windpipe, and narrowly escaping severing that member. The faces of both were literally slashed to pieces, the flesh hanging in ribbons, leaving scarcely any resemblance to human beings, but that both were not killed in the encounter is a miracle. The woman over whom the fight occurred had been for a long time the paramour of Jabes, but she recently transferred her allegiance to Williams. By means of a pass key Jabes entered the room where Williams and the woman were sleeping, crazed with liquor and jealousy, and intent on having the life of his rival. He was armed with a razor as sharp as it could be made. With the ferocity of a fiend, he began mercilessly gashing the man who had supplanted him and fearfully wounded Williams. After some moments the latter wrested the razor from his assailant and retaliated with terrible effect.