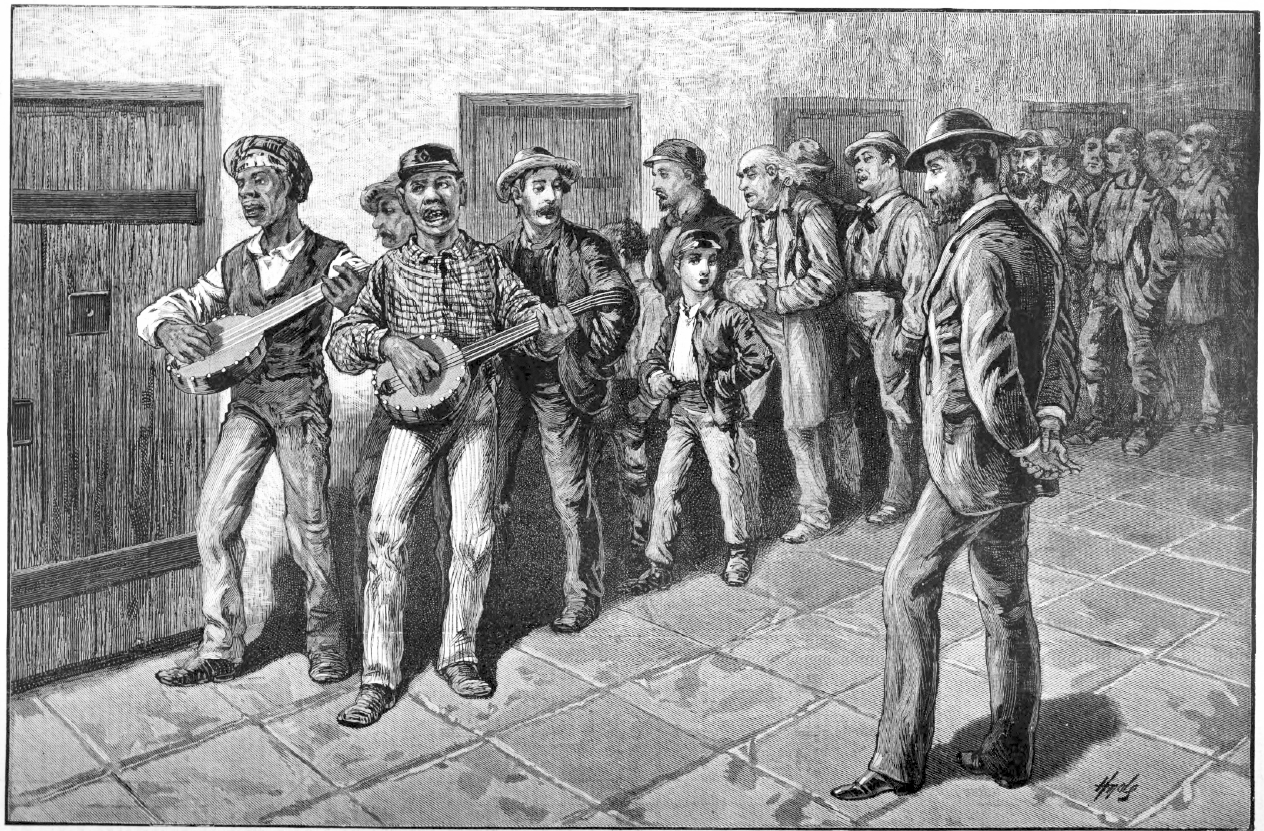 Pennsylvania - Scene in the Schuylkill County Prison at Pottsville - The "Prisoners' March" for exercise in the corridor.
More...
September 17, 2013

Her Last Ascent. | The Last Dip of the Season.

Pennsylvania—Scene in the Schuylkill County Prison at Pottsville—The “Prisoners’ March” for exercise in the corridor.

The Schuylkill County Prison at Pottsville is one of the largest and most important in the State of Pennsylvania. Special interest has attached to it of late years from the fact that many of the notorious Mollie Maquire murderers have been either executed within its walls, or are now serving out sentences there. The building is 285 feet wide by 296 feet deep, the prison proper being in the shape of an L. The front wing is 165 feet long, and the side wing 213 feet, making the total length of 378 feet by a width of 52 feet. A corridor extends through the middle on each side of which is a two-story row of cells, 114 in number. The corridor is fifteen feet wide and is covered by a brick arch, in which there are ten large skylights. On each side of the prison is a space of ground, surrounded by a wall thirty high, and here the prisoners are exercised daily, except in the Winter, when, on account of the severity of the weather, the corridor is used. The prisoners are all kept regularly at work, and the goods which they manufacture reduced the net cost of the institution to the county last year from $22,619 to $7,860. The warden is Joseph Dolan, who is assisted by two keepers, and they have an average number of 65 persons under their charge, although the total sometimes runs up as high as 125. The scene presented in the corridor, when the prisoners are gathered for their daily round of exercise, is a very interesting one, as our illustration shows. A couple of jolly Africans, whose misdeeds have debarred them from airing their musical accomplishments in the outside world, head the procession and sound the keynote with their banjos, while some of the older and more trusted prisoners see that order is preserved. Discipline is well enforced, while the harmless recreation thus afforded proves an excellent thing for the convicts.