James Lavender of Irwinton, Georgia, tries to elude his bondsmen but is found and dragged out.
More...
November 13, 2017 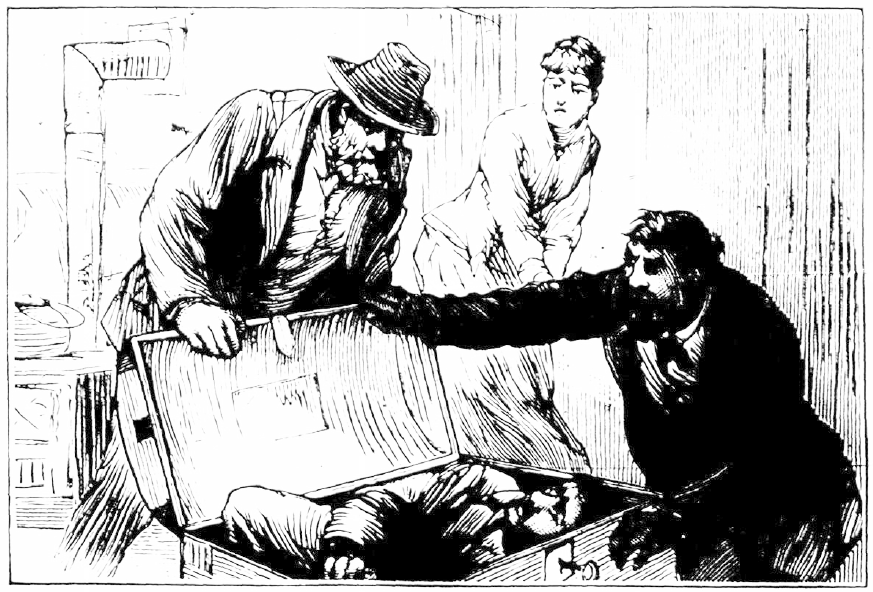 James Lavender of Irwinton, Georgia, tries to elude his bondsmen but is found and dragged out. [more]

A special from Irwinton, Ga., September 12, says: At the April term of Wilkinson Superior Court James Lavender was indicted for shooting at another. Three gentlemen became bondsmen for him. About two months ago it was found he had disappeared. His bondsmen offered a reward for him, and detectives were soon upon his trail, and soon succeeded in settling the fact that he lodged at home, as he was seen to enter the house. The bondsmen were notified of this fact, and they secreted themselves near the house, saw him enter, followed close upon him and demanded admittance. After some delay, were admitted, and a thorough search was instituted, but no Lavender could be found. This was repeated two or three times, when at last on Saturday night last, they again saw him enter the house, and knew he was surely there. They resolved to find him if the ashes had to be sifted. In moving the furniture around, a small trunk was found to be very heavy, and suspicion fell upon this as being the hiding place of the prisoner, but how a man six feet tall could pack himself in so small a trunk was the question. The key was demanded, but Mrs. Lavender said the trunk belonged to her sister who lived three miles away. The party decided to send for the key and investigate contents. A messenger was dispatched for the key and the party sat down to await his return. Something could be heard inside the trunk as a man breathing. In due time the messenger arrived, the trunk was opened, and the imping six-foot Lavender was found coiled up the small trunk. He was brought here yesterday and lodged in jail to await trial in October.