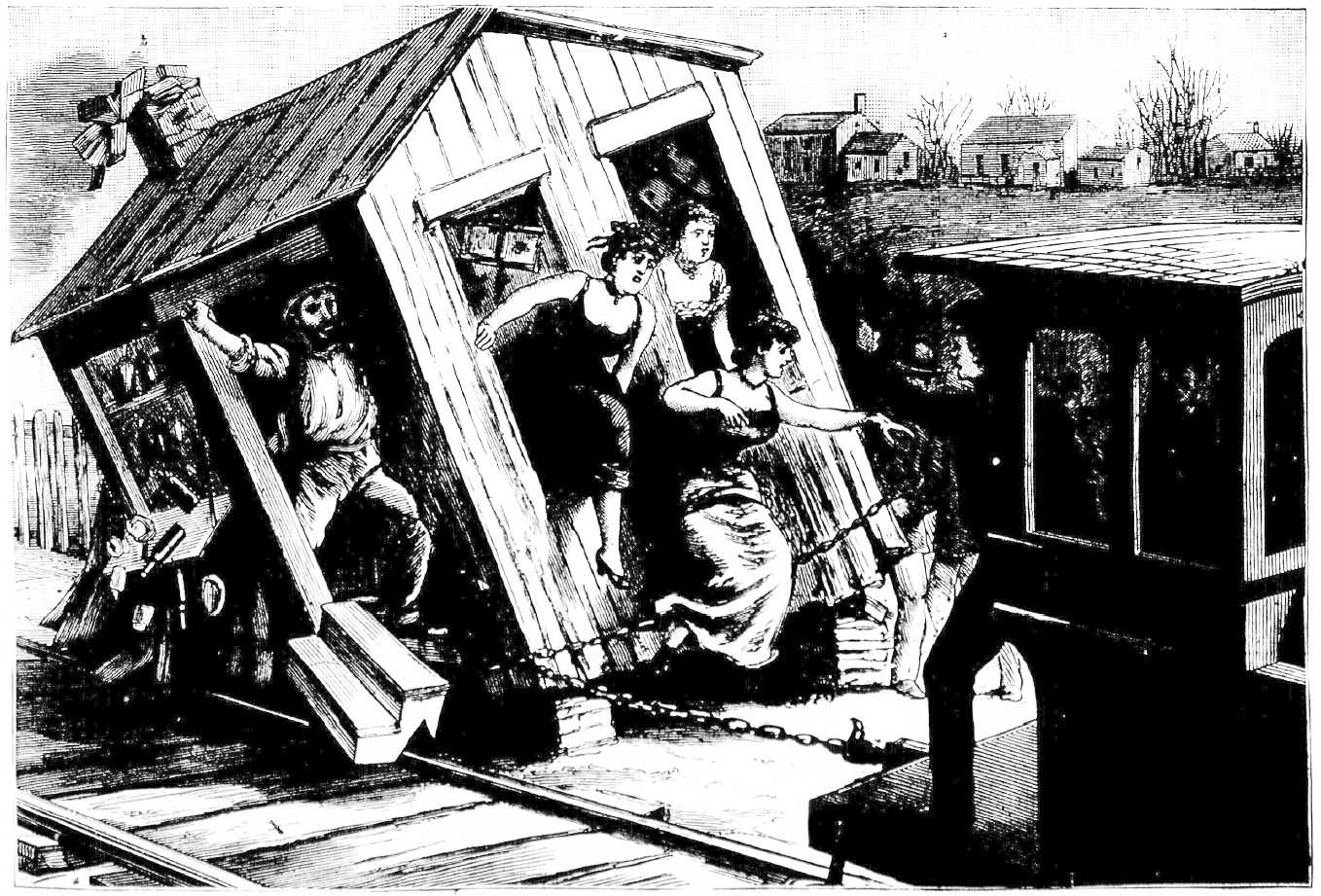 How the indignant citizens of Brockwayville, PA., ridded themselves of a nuisance by calling in the assistance of a plucky engineer and his locomotive.

For some time Dominic Morillo, an Italian, has been keeping a house of bad repute and an illicit liquor shop on the property of the Ridgeway and Clearfield Railroad at Brockwayville, Penn. Every effort was made to close it up, but without success.

On the evening of Dec. 20 A. J. Cooper an engineer, ran his locomotive on the siding near the house, and a number of men fastened chains around the house and to the locomotive. Then the engine was started, and the whole building was torn form its foundation and completely wrecked. The ruins were afterward set on fire and burned. The inmates escaped unhurt.

From The National Police Gazette, January 12, 1884